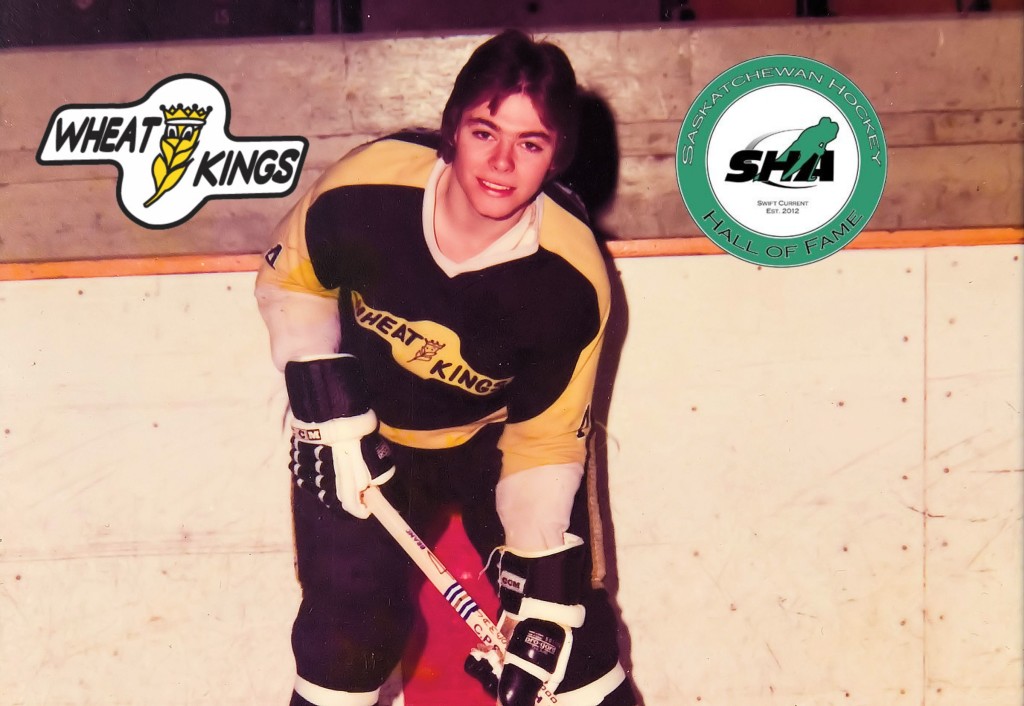 A former Wheat King all star defenceman, McCrimmon played in 1222 National Hockey League games with Boston, Philadelphia, Calgary, Detroit, Pheonix and Hartford, before turning to coaching. A native of Plenty, Saskatchewan and the older brother of current Brandon coach, general manager and owner Kelly, McCrimmon was killed in a plane crash in Russia in 2011.

During his 18-year career, the former first round draft choice of the Bruins scored 81 goals and 403 points. Chosen the WHL’s Top Defenceman in 1978, McCrimmon scored 61 goals and 279 points in 218 games for the Wheat Kings.

Like McCrimmon, Propp helped Brandon to its first ever WHL Championship – in 1979 – and was one of four Wheat Kings to be selected in the first round of that year’s NHL Draft.

A veteran of fifteen NHL seasons, the Lanigan, Saskatchewan product played eleven years in Philadelphia before closing out his playing career with stops in Boston, Minnesota, Hartford and Europe.

A five time NHL all star, Propp continues to hold a number of league records including most goals (94) and assists (112) and points (194) scored by a left-winger (94) in a single season. In 1999, he was named to the MasterCard Canadian Hockey League’s All Time Team, which also included Mario Lemieux, Guy Lafleur, Bobby Orr, Denis Potvin and Bernie Parent.

While Neilson is another veteran of more than 1,000 NHL games, Gottselig is a two time Stanley Cup champion with the Chicago Blackhawks. Simpson is a long-time Prince Albert Raider head coach and general manager, Kartusch is a former president of the Saskatchewan Junior Hockey League and Francis was a long-time NHL player and coach.

Smith and Clements meanwhile enter in the grassroots category.