HOME NOT SO SWEET FOR WHEATS 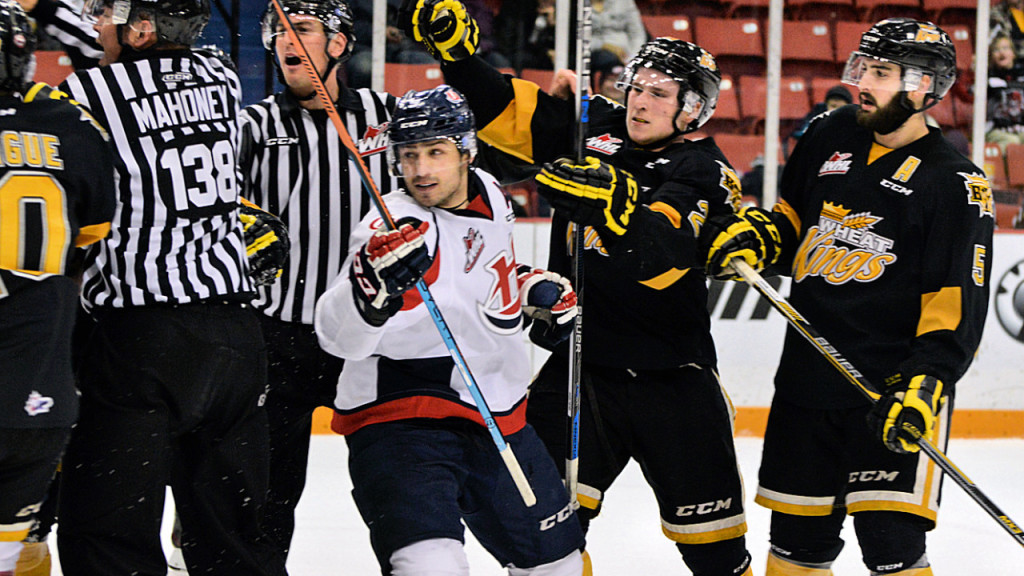 Trailing 1-0 through twenty minutes, the ‘Canes scored three times in a span of two-and-a-half minutes of the second period and never looked back as they beat Brandon for the second time in three tries this season.

The loss was Brandon’s ninth in sixteen home games this season.

Special teams were far from special for the home side in this one. In addition to going 0 for 5 with the man advantage, the Wheat Kings surrendered a second period shorthanded tally as well as two powerplay goals, including Giorgio Estephan’s back breaker in the third that turned out to be the game winner.

Estephan’s goal was his second of the night. Brayden Burke, Egor Babenko and Tyler Wong also scored for the winners, who were outshot 43-34.

Tyler Coulter, Connor Gutenberg and Braylon Shmyr scored in a losing cause for the Wheat Kings, who played without all stars Jayce Hawryluk, John Quenneville and Ivan Provorv. All three are currently attending their respective National Junior Selection Camps, in preparation for the World Junior Hockey Championships in Finland.

“I thought the things we were trying to do on our power-play were a direct reflection of what we were trying to do 5-on-5, and it wasn’t working for either,” Wheat Kings’ assistant coach David Anning told Bruce Luebke on CKLQ’s post-game show. “Disappointing on the special teams. I thought it was a factor in the game.  I thought they gained a lot of momentum off of not only their power-play goals but they did a good job on their kill, gained momentum off it and scored a shorthanded goal.”

Prior to the game, Brandon captain Macoy Erkamps was honored for playing his 300th career game in the WHL. The 20-year old Delta, B.C. product is in his fifth and final season in the WHL and second as a member of the Wheat Kings.

Brandon will be hoping to get back on track Saturday night when the defending champion Kelowna Rockets pay a visit to Westman Place.

Fans attending the game are encouraged to bring a stuffed animal or toque to the game and when the Wheat Kings score their first goal, they can litter the ice with them.

Well over 2,000 stuffed animals were “tossed” during last year’s game when rookie center Duncan Campbell opened the scoring for Brandon.

Tickets to the game go back on sale Saturday morning at the Keystone Centre box office, by calling 726-3555 or online at keystonecentre.com 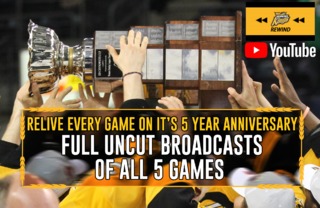 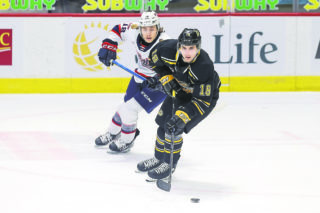 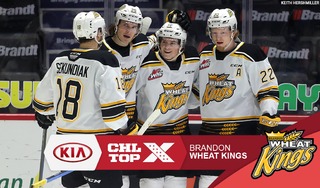 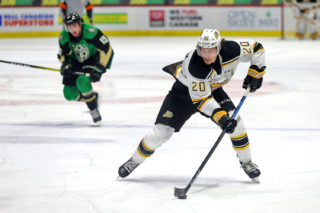 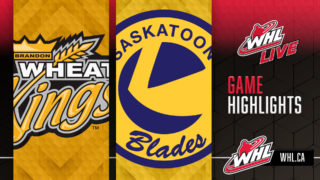