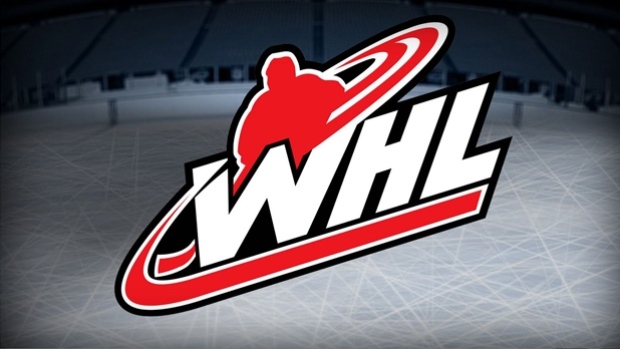 Calgary, Alta. – The Western Hockey League announced today that it is now scheduled to open its 2020-21 Regular Season on Friday, December 4, 2020.

As part of the WHL’s commitment to the health and safety of its players, officials, staff, and fans, the opening date of the Regular Season remains contingent on receiving the necessary approvals from the government and health authorities in each of the six provincial / state jurisdictions in WHL territory. The WHL remains committed to playing a full Regular Season schedule of 68 games, followed by four rounds of Playoffs during the 2020-21 season.

The WHL continues to have regular discussions with government and health authorities on the extensive safety measures the WHL is prepared to take to protect players, staff, and fans, and to address key issues such as spectator capacities and border crossings. By adjusting the start date for its Regular Season to early December, the WHL will have additional time to work with government and health authorities to resolve these important issues.

“Regardless of our start date, the WHL is committed to playing a full Regular Season and Playoffs in 2020-21,” stated WHL Commissioner Ron Robison. “In our discussions with the government and health authorities, it has become apparent that additional time is required to ensure we can return to play in a safe and responsible manner. Our WHL health and safety protocols have been well received by the health authorities but we have several key issues that we will need to reach a resolution on in the coming months.”

(Courtesy of Perry Bergson) — The Western Hockey League has set a second potential date for the start of its 2020-21 season as it scrambles to find its way during the COVID-19 pandemic.

The league announced on Thursday afternoon that it’s hoping to launch a full 68-game season on Dec. 4. The proposal, which didn’t include an end date for the regular season, would also see all four rounds of the playoffs contested.

“It’s real good to have a date,” Ritchie said. “I think it’s something that’s all we look forward to, and we can get a plan together for our players and our organization to be ready for the Dec. 4 start.”

The WHL was forced to cancel the end of its 2019-20 regular season and playoffs in March due to the outbreak.

In June, the WHL targeted its return for Oct. 2. League commissioner Ron Robison said in a press release on Thursday that the October date proved to be unworkable.

“In our discussions with the government and health authorities, it has become apparent that additional time is required to ensure we can return to play in a safe and responsible manner,” Robison said. “Our WHL health and safety protocols have been well received by the health authorities but we have several key issues that we will need to reach a resolution on in the coming months.”

While the new date is also aspirational — a lot can happen in the next four months during a global pandemic — Wheat Kings owner Kelly McCrimmon said in June it was important for the league to have a goal.

“We’re hopeful that children will go back to school in the fall, which again is one more layer of normalcy, and that Oct. 2 is a date that we can make happen,” McCrimmon said. “We don’t know that for sure. No one does. I personally felt it was important that we pick a date to work towards to give a little bit of clarity to our players and our fans to know what we’re working towards. We’ll see if we get there.”

In an online press conference following that announcement, Robison said all 22 teams would need to be able to have at least 50 per cent capacity for fans before the season kicks off.

“If we can’t get to a certain spectator level that will allow our teams to operate, we will not be in a position to play,” Robison said. “We need the spectator capacity matter to be resolved before we can commence play but we’re confident we’re going to get there.”

The WHL’s biggest issue is ultimately the varying abilities of the four provinces and two states with teams to deal with COVID-19.

The league announced in June that committees had been set up in the six jurisdictions to discuss the issue with governments and health authorities.

McCrimmon noted at the time the league needs to closely monitor the situation from a safety perspective.

“Until there’s a sufficient comfort level there, that it’s a safe environment, then there is no hockey,” McCrimmon said. “That’s just one of the unfortunate realities that we’re dealing with. As I’ve said from the outset, this is a worldwide pandemic. The health implications on society far outweigh any of these discussions that we’re having in respect to return to play.”

The Ontario Hockey League announced on Wednesday a similar plan to begin play on Dec. 4. The Quebec Major Junior Hockey League has not yet announced its intentions, but the Canadian Hockey League’s three leagues generally have very similar schedules to allow them to finish close to the start of the Memorial Cup.

No announcement has been made yet on whether the Memorial Cup will be pushed back.

Robison said in June it would be difficult to play a full schedule if the regular season doesn’t start play before January, another possible impetus for the December date.

Robison also said there had been no discussion of cancelling the season, or even setting a hard deadline on when the governors would have to make that decision.

Training camps will likely begin about two weeks before the regular season kicks off.

Ritchie said everyone in the Brandon organization understands the situation.

“The coaching staff has talked to our players a fair bit during the summer,” Ritchie said. “They’re in constant contact with those guys. We’ll take the direction from our league and when things are ready to go, we’ll put a plan in place and be ready.” 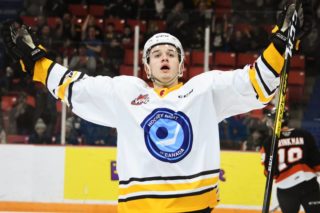