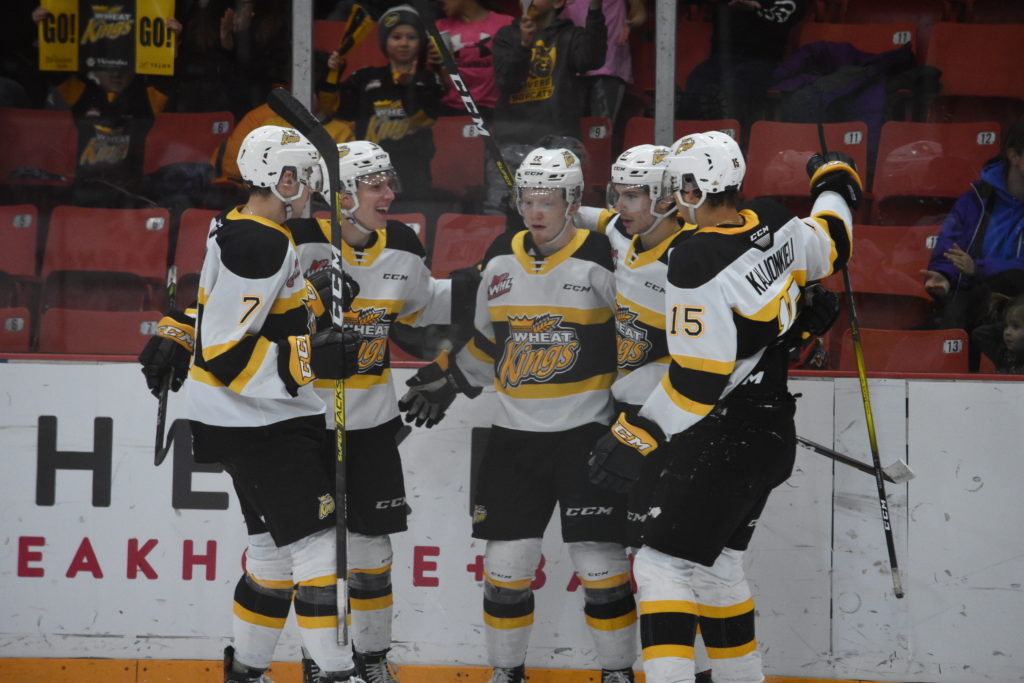 The Wheat Kings will face the Saskatoon Blades on Friday night for the second time in three days but despite the puck dropping at 7:30 PM of Valentine’s Day, don’t expect there to be any love lost between two clubs fighting for playoff position in the Western Hockey League’s East Division.

The Wheat Kings now sit third in the East with 61 points while the fourth-place Blades own the Wild Card spot with 59 points. The Winnipeg ICE and Prince Albert Raiders both share first place with 65 points but of the top four teams in the division, Brandon and Winnipeg each have a game in hand on Prince Albert and Saskatoon.

On Wednesday, the Wheat Kings aced their first test of this week’s three game schedule by beating Saskatoon 5-1 at SaskTel Centre. A rematch in Brandon at Westoba Place can be the difference between a sizable 4 point gap for the Wheat Kings or an ongoing battle with the Blades for playoff position.

Wheat Kings goaltender, Jiri Patera looked sterling in net once again stopping 23 of 24 shots on Wednesday with the only blemish on the score sheet coming from a breakaway for Saskatoon’s Nolan Kneen. 23 shots over 60 minutes was the least Patera had seen in a game since January 15th in a shutout at home against the Prince George Cougars, a testament to the strong defense shown by the Wheat Kings in the second half of the 2019-20 season.

Another bright spot in Wednesday’s game that Brandon will try to carry into Friday is the play of their special teams. The Wheat Kings scored two goals on the powerplay and Centerman Ridly Greig scored shorthanded in the third period. With the fourth best penalty kill in the WHL, the Wheat Kings snuffed all three of the Blades’ powerplays and have yet to give one up to Saskatoon in eleven chances so far this season.

Brandon’s assistant coach, Don MacGillivray liked what he saw and thought the first of a three game week for the Wheat Kings was a strong start for the club.

“I liked our game right from start to finish. We had a tough first shift and then settled things down”.

“We got two great power play goals and a shorty. A lot of guys doing the little things right and everyone played well from the goaltender out”.

“If you look at our games since Christmas, a lot of them have looked the same but tonight we closed it down. I thought tonight the guys did a real good job of staying with our game”.

MacGillivray also saw value in the week’s back-and-forth schedule of two road games divided by a home game as it mimics the type of scheduling found in a playoff format.

The Wheat Kings will board the bus following Friday night’s game to head up to Prince Albert for a game against the East Division leading Raiders on Saturday.

Friday night is also Player Card Giveaway Night for fans at Westoba Place presented by Guild/HMS Insurance. The first 2,500 fans at the Keystone Centre will receive a sheet of hockey cards featuring the 2019-20 Wheat Kings.

Tickets to Friday’s game, as well as all remaining home games, are on sale at the Keystone Centre box office until 5:00 PM on weekdays. Fans are encouraged to call (204) 726-3555 or order their tickets online at www.keystonecentre.com/tickets. 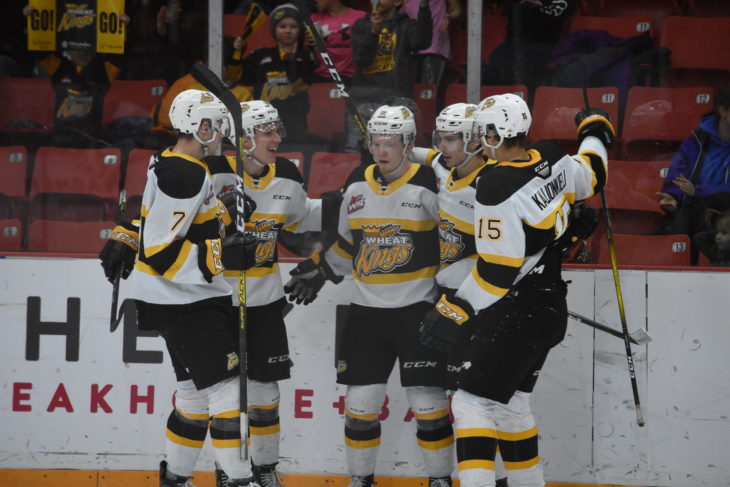