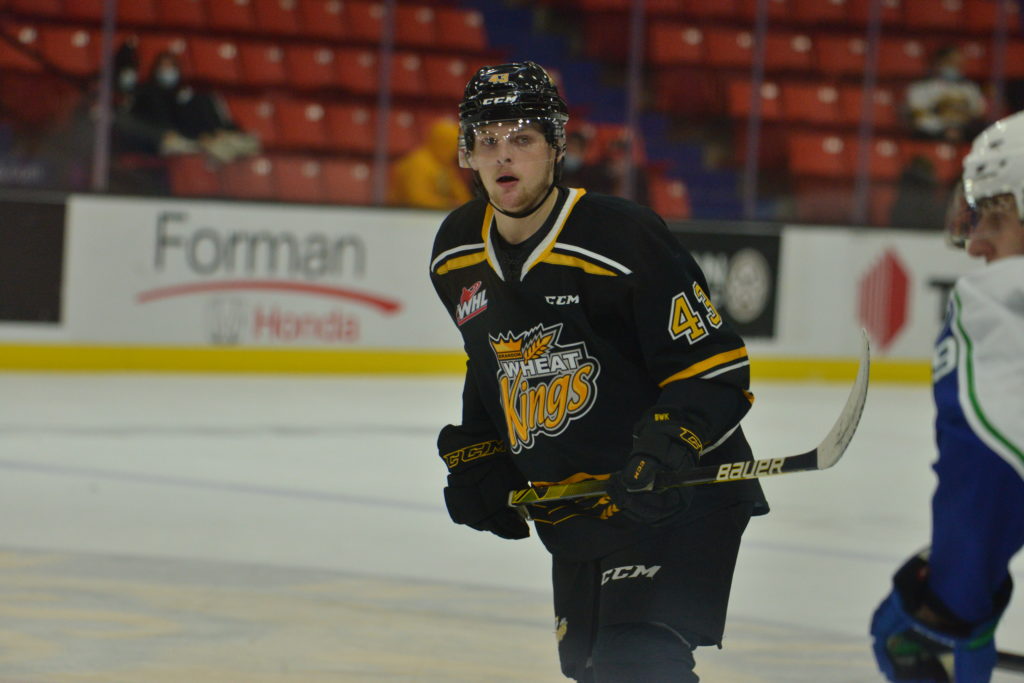 All but five Brandon skaters registered at least a point, while five different players notched multi-point nights on route to their second straight victory.

“I liked a lot of things about our game tonight,” said Head Coach Don MacGillivray. “It got a little stupid at the end and that makes for a long night. We had some guys stand up for themselves. We played with emotion, we did a good job on the PK tonight and the PP was great, those were the highlights for me.”

116 minutes in penalties were handed out, in a night that saw five fighting majors, including Captain Ridly Greig who capped off the Gordie Howe hat-trick.

“That was a fun game to play in,” Greig said with a smile on the Bounce 96.1 post-game show.  “We haven’t played in a game like that all year. That was a lot of action on a Tuesday night, We had the crowd going tonight and they were entertained, it was a lot of fun.”

Owen Harris scored his first career WHL goal, while Riley Ginnell scored twice for the first time in his career. Brandon’s four goal second period outburst was a season high. The Wheat Kings eight goals on Tuesday was also a season high for a game.

“From the get go we had lots of energy,” added Greig. “We’ve started well the last few games. The puck was going in tonight for us for sure which doesn’t always happen, but we just need to keep building on wins like this.”

The win moves the Wheat Kings to 8-10-0-0 on the season, with a pair of home games looming this weekend vs Medicine Hat and Prince Albert.

“Weve been the team who has had to deal with a ton of adversity,” added Greig. “Our goal is to get back to .500 and then take off from there. Weve got everyone back now, guys are gelling and its a lot of fun coming to the rink.”