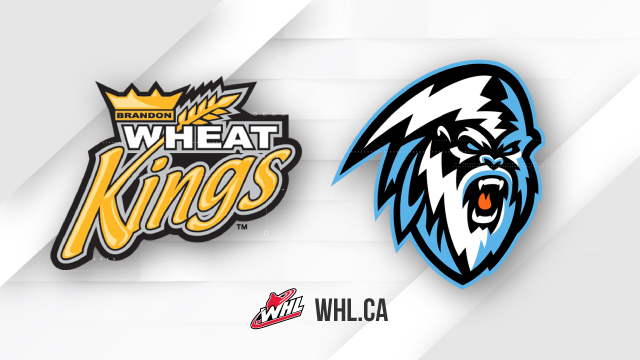 Brandon, MB. – Hockey season may be ten weeks away but the Brandon Wheat Kings have announced their 4-game Western Hockey League pre-season schedule.

The Wheat Kings, who will be joined by another Manitoba based WHL club this season for the first time since 1985, will kick off the pre-season with a 2-game series with the Winnipeg Ice.

The Ice will visit Brandon on Friday, September 6th, before the two teams will travel to Portage la Prairie the following night.

Brandon will then close out their pre-season schedule with games on Friday and Saturday, September 13th and 14th.

The Wheat Kings will travel to Moose Jaw on Friday, before returning home to host the Warriors on Saturday.

Game times for both weekend pre-season home games will be 7:30pm.

The Wheat Kings 2019-20 regular season will open up the weekend of September 20-21st. The complete 68-game schedule will be unveiled later this month.

The last year that Brandon shared the provincial WHL highlight was 1983-84. Following that season, the Winnipeg Warriors moved to Moose Jaw, Saskatchewan.

Meanwhile the hockey club’s Early Bird Season Ticket Deadline is fast approaching. Fans ordering their tickets by Monday, June 24th will be entered to win this year’s grand prize draw of a trip for 2 to Las Vegas to see the Golden Knights host the National Hockey League team of the winners’ choice.

That draw will be made on Tuesday, June 25th.