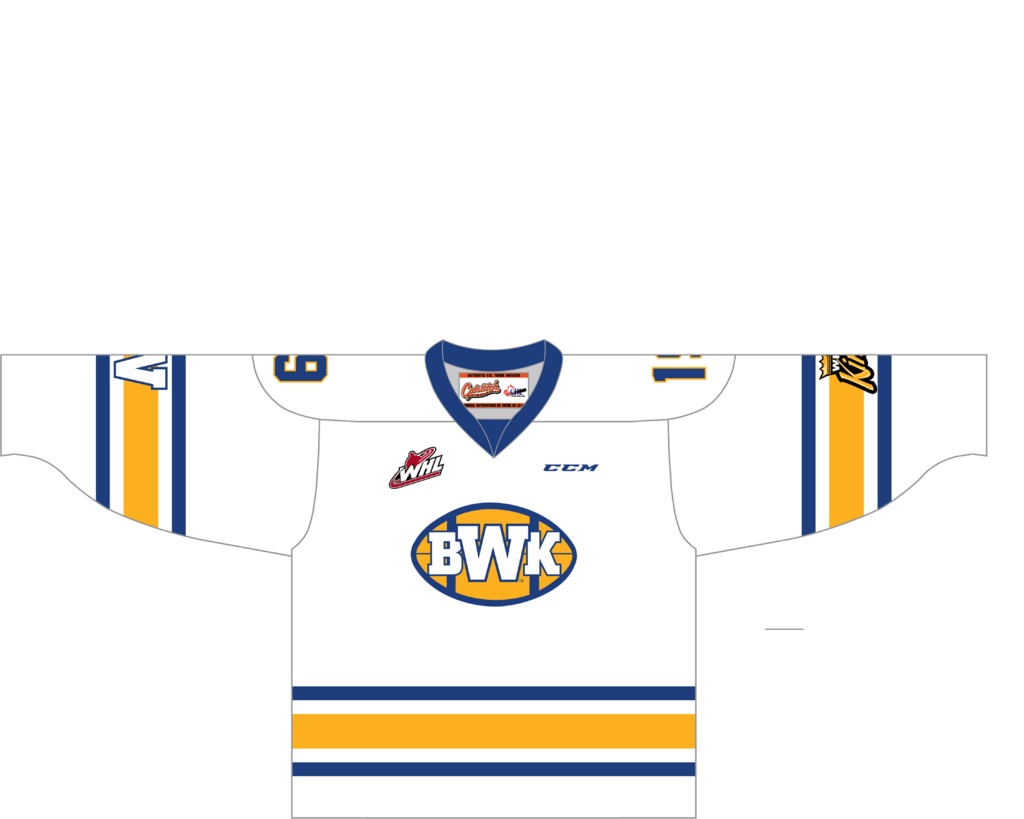 Brandon, MB. –  The Winnipeg Blue Bombers are proud to once again partner with the Brandon Wheat Kings for Blue Bombers Night at Westoba Place on Friday, February 21st when the Eastern Conference leading Edmonton Oil Kings pay a visit.

As part of the Manitoba Grey Cup Tour presented by Princess Auto, the visit to Brandon has expanded this year to include Grey Cup photo opportunities at Shoppers Mall and Princess Auto as well as school visits in addition to an appearance at the Wheat Kings game.

Blue Bombers offensive linemen Stanley Bryant and Pat Neufeld will be in attendance as the Wheat Kings host Edmonton at 7:30 pm. Bryant and Neufeld will take part in the ceremonial opening face-off and will sign autographs at the first intermission.

As part of Blue Bomber Night, the Wheat Kings will take to the ice wearing special Blue Bomber theme jerseys next week, in support of the Westman Dreams for Kids Foundation. Fans will have the opportunity to purchase tickets for a chance to win one of the jerseys but unlike this past weekend, they will be sold before the game to local corporate partners.

This past Friday, the Wheat Kings wore special Hockey Night in Canada theme jerseys and were auctioned off before and during the game, in support of the Kidney Foundation of Manitoba. Close to $10,000 was generated during Friday’s Silent Auction.

While the special theme jerseys won’t be available to purchase next week, the Grey Cup Champions are pleased to announce that a pop-up location will be open during mall hours at Shoppers Mall from the 21st to 23rd for fans wishing to purchase Bombers and Grey Cup merchandise and apparel.

A native of Goldsboro, North Carolina, the 33-year old Bryant is a 10-year Canadian Football League veteran and has played in Winnipeg for the past five years. Neufeld meanwhile has played nine CFL seasons, including six for the Bombers. The 31-year old Neufeld is a native of Regina.

Player autographs will also be available at the Mall on Thursday night and Saturday afternoon.

Tickets to this game and all remaining regular season home games are on sale at the Keystone Centre box office. Fans can also order by calling (204) 726-3555 or online at keystonecentre.com.

ABOUT WESTMAN DREAMS FOR KIDS: Westman Dreams for Kids began with the story of a young boy named David MuCulloch. In 1993 two business men heard of this little boy from Minnedosa, MB who needed financial help to travel outside of Manitoba to treat his Cancer.  David was very ill and it was decided that a small gift, a stuffed monkey was to be given to him to put a smile on his face.  When he was asked what his monkeys name was going to be he replied “King Louie” his favorite character from the Jungle Book.  King Louie has become a very important staple for Westman Dreams for Kids being given to every child we help; a reminder of this brave little boy who helped create this organization to help children facing serious illness and disabilities in the Westman area. Since David, Westman Dreams for Kids has granted dreams to hundreds of children right here in Westman.  We’ve had dreams that range from help with expenses, computer systems to help the kids who are unable to attend school to the ultimate dream, a trip to meet Mickey in Disney Land. We have a network of volunteers to help us with all our events and support from the Westman area.  All of these people have made us strong and given us the ability to continue to honor the bravery of David and the many children like him. It has been our privilege to meet these children in our community and hope to continue this mission for many years to come.