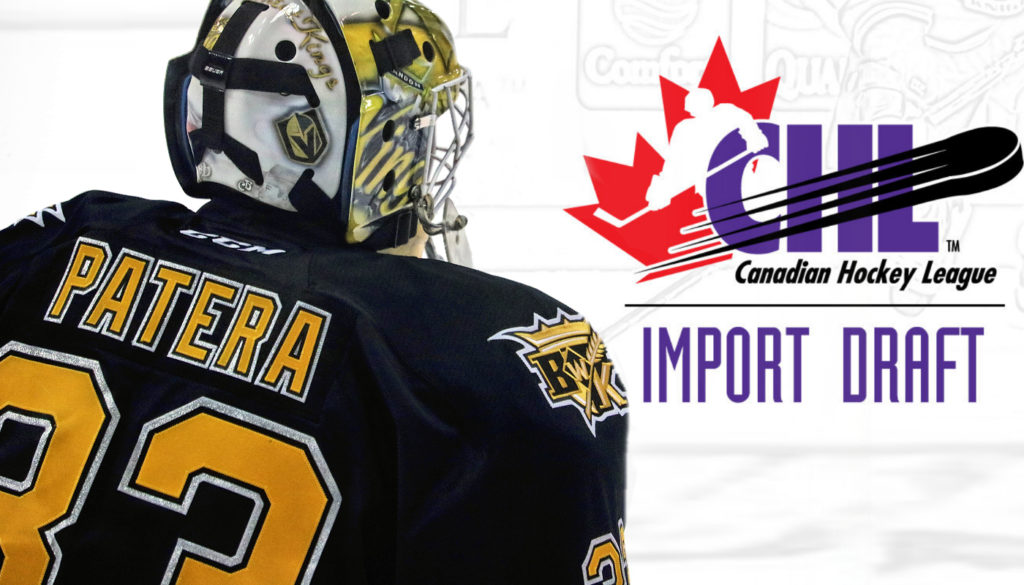 The Brandon Wheat Kings today announced they will be making two picks in the 2019 Canadian Hockey League Import Draft.  The online draft will consist of two rounds and will be held Thursday, June 27th.

Beginning at 10:00am Central, fans can follow it live at www.chl.ca/draft with Brandon’s first round pick 22nd overall and second round selection 82nd overall.

CHL teams are allowed to play a maximum of two import players. The Wheat Kings currently have one import on their roster in goaltender Jiri Patera.  The Wheat Kings will be allowed to select two additional imports since Patera is protected as an Overage Import.

Patera, drafted in the 6th round by the Vegas Golden Knights in 2017 NHL Entry Draft, played 48 games for Brandon last season compiling a 22-20-3-2 record with a 3.31 goals against average and a .906 save percentage. The goaltender from Praha, Czech Republic is currently in Las Vegas at the Golden Knights Development Camp.

The selection order of the draft rotates through the WHL, QMJHL and OHL using an inverse order of the final regular season standings from the 2018-19 season.

Here is a look back at the Wheat Kings history in the CHL Import Draft.