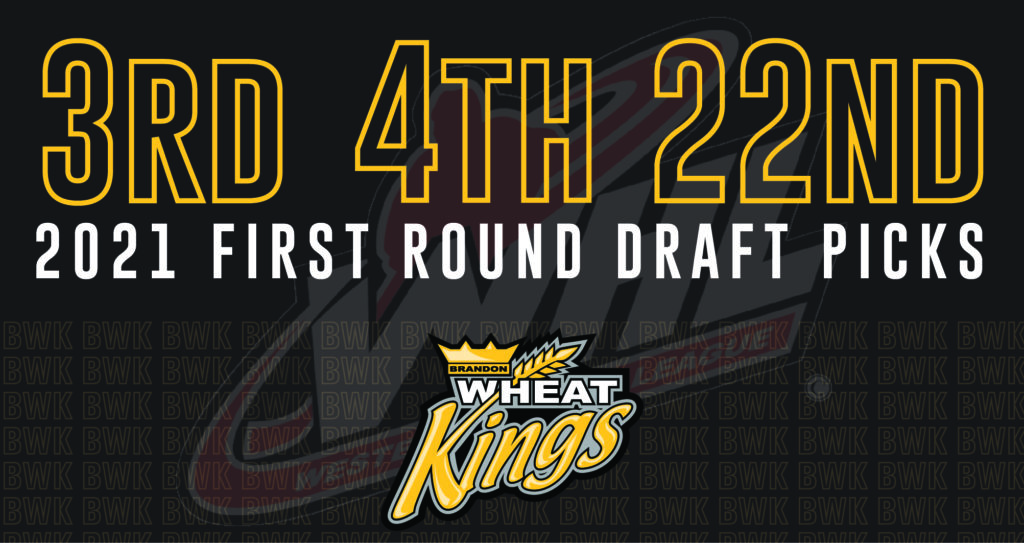 Calgary, AB. – The Western Hockey League Bantam Draft Lottery was held in Calgary this afternoon and the Spokane Chiefs came up winners and as a result will have the first overall selection in the 2021 WHL Draft.

The Brandon Wheat Kings participating in the draft, will pick 3rd, 4th and 22nd overall in the 1st round.

Doug Gasper, Brandon Wheat Kings general manager said “This is huge for the organization to get building blocks for the future. Any time you pick in the top 10 you have a chance to get a franchise player.”

As nice as it is to have the picks, Gasper knows gaining them wasn’t easy. “When you have to trade heart and soul guys like Tanner Kaspick or Kale Clague it’s hard. You need to set aside personal feelings and do what’s best for the organization in the future, and we are seeing that now. Thanks to those 2 trades we had 5 roster players this past season, 2 prospects and now these upcoming picks.”

Since the draft was introduced in 1990, the Wheat Kings have chosen fourth overall on two occasions and both turned out to be outstanding selections.

In 1990 the Wheat Kings opted for Winnipeg forward Bobby Brown and in 2013, the WHL club selected future WHL Rookie of the year Nolan Patrick of Winnipeg.

The last time the Wheat Kings had 2 picks in the top 10 was 2 years ago when they selected Nate Danielson 5th and Tyson Zimmer 6th overall.

The WHL Bantam draft is scheduled to be held virtually Wednesday December 8th 2021.

Following is the first round order of this year’s bantam draft: