Brandon, MB. – With Training Camp less than a month away, the Brandon Wheat Kings are pleased to announce the signings of their top three picks in this year’s Western Hockey league Bantam Draft.

General Manager / Head Coach Kelly McCrimmon says that Winnipegger Nolan Patrick, Kale Clague of Lloydminster and Brandon’s Tanner Kaspick, who were chosen 4th, 6th and 25th overall, have committed to the club in the past week. All three are currently attending the AllState All-Canadian Mentorship Camp in Toronto.

“We’re very excited to have signed these three,” says McCrimmon. “We look forward to seeing these players grow up in our organization. They will form the nucleus of some very good teams.”

A 6’2” 172 lb Winnipeg product, Patrick led the Division 1 Winnipeg AAA Bantam Hockey League in scoring this past season with 75 points, despite playing just nineteen of the team’s 30 games.

“All three are very talented,” McCrimmon went on to say. “All three have tremendous upside and all three are committed young players.”
As 15-year old prospects, they will not be eligible to play in the WHL until the 2014-15 campaign. 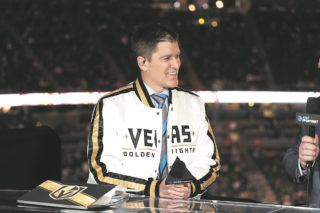 Millard's career path meant to be
1 week ago

WHL experience just what the doctor ordered
2 weeks ago