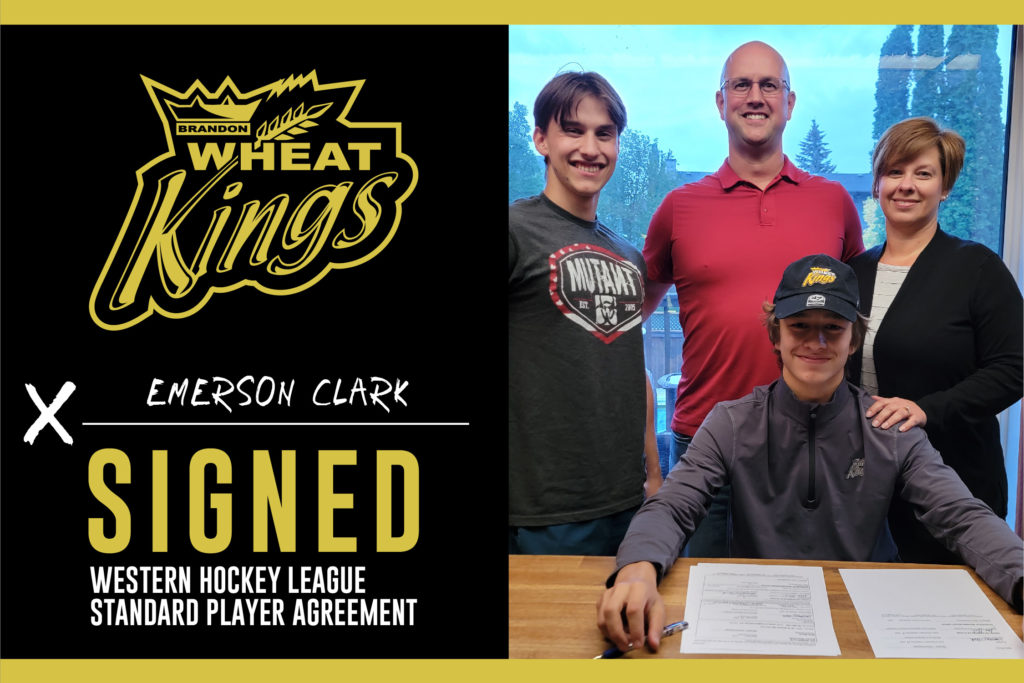 Brandon, MB. — The Brandon Wheat Kings are excited to announce that prospect Emerson Clarke has signed a WHL Standard Player Agreement. From Saskatoon, SK  Clark was drafted by the Wheat Kings 56th overall in the 3rd round of the 2022 WHL Prospects Draft.

This season he has played 4 games with the Saskatoon Blazers U-18 AAA club and has 2 assists and 16 penalty minutes.

“He’s a really strong skater. He’s quick, transitions well and plays a tenacious style of game” said General Manager Marty Murray. “Our staff was very impressed with the development of Emerson as a player at training camp and we feel he will continue to develop and eventually be ready for this next step”

This season Clark will play with the Saskatoon Blazers U-18 AAA club as a 15 year old, the same as former Blazer and current Wheat King Roger McQueen.

On the ice locally, the Wheat Kings welcome the Saskatoon Blades at Westoba Place at 7pm Friday Night in the last home game before the teams West Coast road trip. Tickets to that tilt are on sale now at the Keystone Centre Box Office, fans can order online HERE.