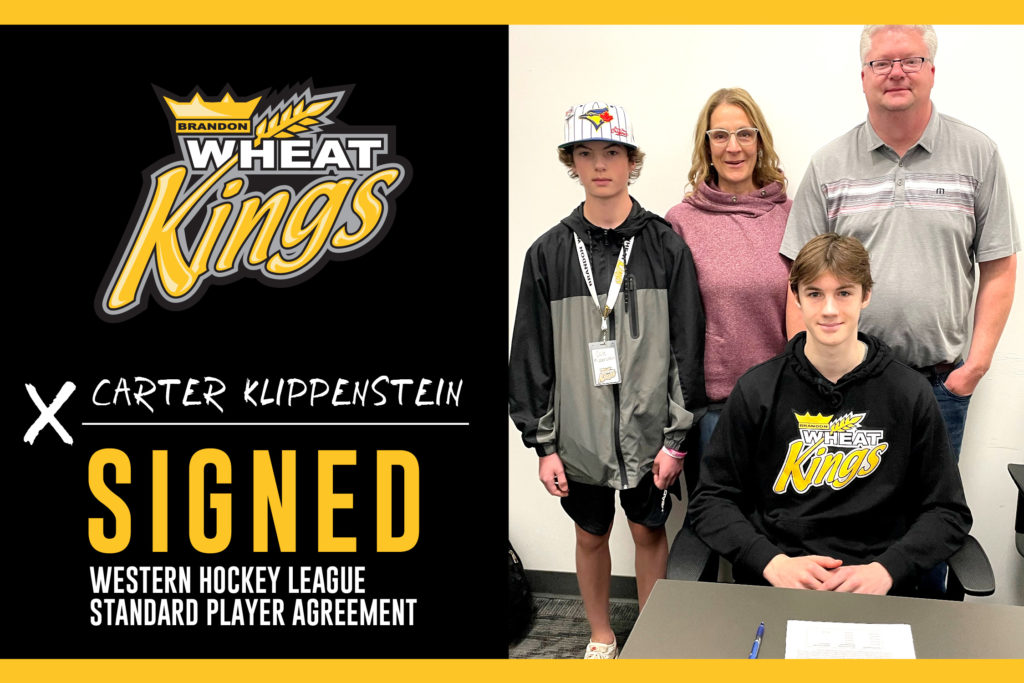 Brandon, MB. — The Brandon Wheat Kings are proud to announce that prospect Carter Klippenstein has signed a WHL Standard Player Agreement. From Lethbridge, AB, Klippenstein was selected by the Wheat Kings in the third round (64th-overall) of the 2021 WHL Prospects Draft in December 2021.

“Very excited to be with a great organization like this” Klippenstein said Monday. “Being there (At prospect camp), you see how everyone around you loves the Wheat Kings and i’m excited to get started. I grew up a Wheat Kings fan with my uncle being involved with the team, so its extra cool to sign”

“Carter plays the game the right way – he’s got the ability to create offense but also be responsible away from the puck.” Said Chris Moulton, Director of player personnel. “He can use his size and hockey sense to be a competitive player at the WHL level”

“We look forward to having Carter in the Wheat City and excited to see his progress continue” Moulton said.

With the 64th overall pick in @TheWHL Prospects Draft, the Wheat Kings are proud to select…

Forward Carter Klippenstein, from the Lethbridge U18 Hurricanes