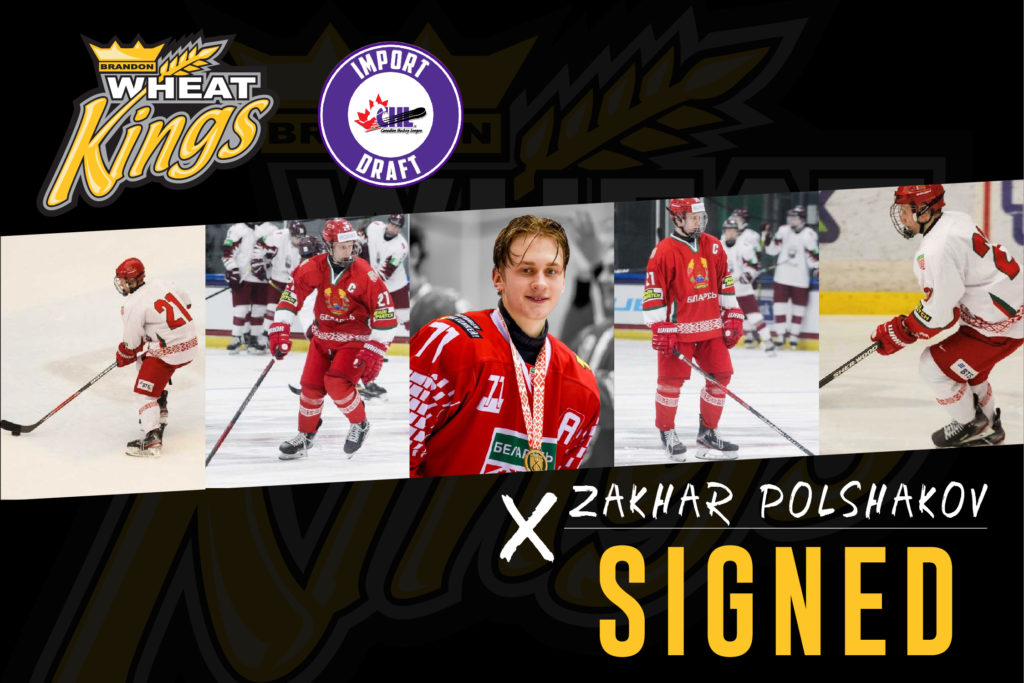 The 5’10”, 170-pound centreman scored nine times and added 17 assists in 38 games with his club team last season and was the Captain of the Belarus U18 team in Texas in May where he notched one assist in three games.

“Zakhar is excited to come to Canada and become a Wheat King,” said General Manager Doug Gasper. “As I said on draft day, he plays a solid game in all three zones, and I know he will fit into our current group.”

Polshakov comes from a long hockey bloodline, as his father Alexander played twelve seasons of pro hockey in Belarus, while his grandfather Valeri served as both Head and Assistant Coach with HK Minsk, Yunost Minsk as well as Lithuania’s U18 program.

“After watching him at the U18’s, including an impressive outing against Canada, I’m excited to see how he will progress at this level,” added Gasper.

Welcome to the #BWK Zakhar! pic.twitter.com/H2dmOrjBkr

The Wheat Kings will open the 2021-2022 WHL Regular Season on Friday October 1st when the Winnipeg ICE come to town.