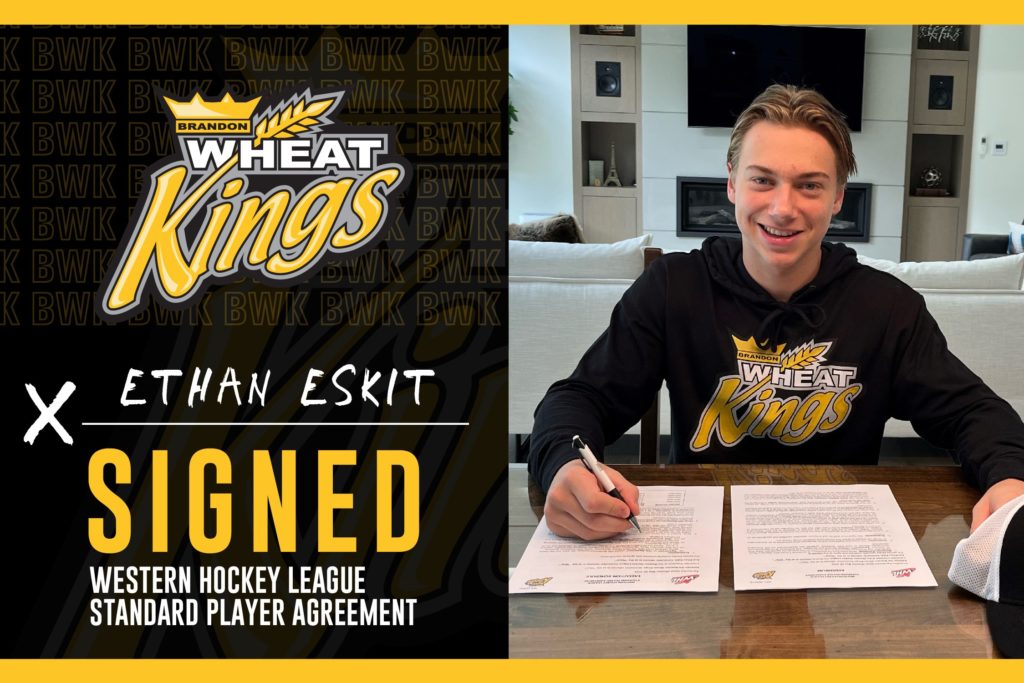 Brandon, MB. — The Brandon Wheat Kings are proud to announce that prospect Ethan Eskit has signed a WHL Standard Player Agreement. From Calgary, AB, Eskit was selected by the Wheat Kings in the sixth round (114th-overall) of the 2021 WHL Prospects Draft in December 2021.

“It’s an amazing opportunity – really excited for the future” Eskit said Wednesday. “I’ve heard a lot of great things about the organization and I’m excited to get started”

“Ethan is a great kid that works really hard and is improving all the time” Said Chris Moulton, Director of Hockey Operations. “We thought he was one of the top goaltenders in his entire age group and lucky to get him when we did. Very dedicated, hard working player who is always working on his craft and will be a part of the future of our goaltending”

Eskit says it’s his work ethic that has helped get him to where he is so far. “I’m a hard worker who wants to make everyone else around me better – focus on getting better, every single day. I came down for the spring camp and it was an amazing experience and with main camp coming, I’m doing everything I can to get ready for it and give myself the best chance to make the team.”

“We look forward to having a very competitive camp and the battle for the crease will be anyone’s to grab” Moulton said.

With the 114th overall pick in @TheWHL Prospects Draft, the Wheat Kings are proud to select…