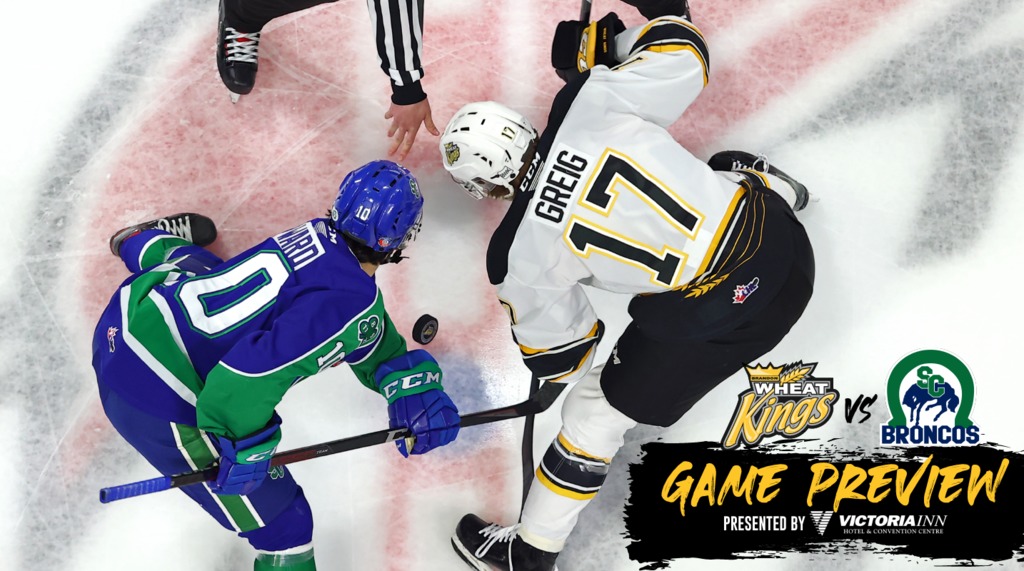 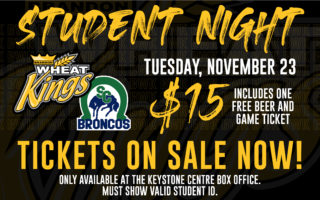 Tonight’s Matchup:  The Brandon Wheat Kings look for back to back wins for the first time since a three-game winning streak back in October as the Swift Current Broncos come to town. It’s the second meeting of the season between these two clubs. Brandon took the season opener 4-3 in overtime back on October 16th.

Last Time Out: 4-2 W vs Moose Jaw: The Wheat Kings fell behind early, but rattled off three straight goals on route to a 4-2 victory. Ethan Kruger stopped 21 shots in his third consecutive start, while Ridly Greig finished the night with a goal and an assist.

Capital Gains: Ottawa Senators Draft Pick Ridly Greig registered his third multipoint game of the season on Friday with a goal and an assist. Greig has at least a single point in all but one game this season. In his last 58 regular season games, he has at least a point in 48 of them. (87.25%)

Bye Bye Monkey: Washington Capitals prospect Vinny Iorio finally found the back of the net, snapping a 14-game goalless drought. Despite the lack of goals, Iorio is tied for sixth in BWK scoring with 8 points. Three of his 8 assists have come while the Wheat Kings were on the power play.

Manitoba Proud: The Wheat Kings and Broncos have a combined 17 players born and raised in Manitoba on their rosters. The Broncos nine is highlighted rurally by Brandonite Rylan Thiessen and Virden native Braeden Lewis. The Wheat Kings have eight ‘Tobans on the roster, including Brandonite Nolan Ritchie.