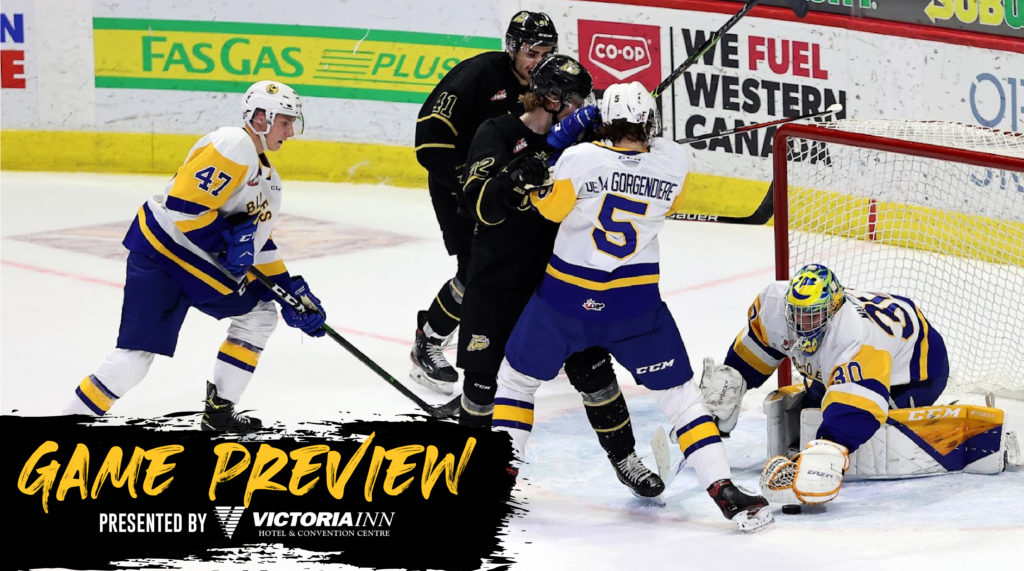 Tonight’s Matchup:  The Brandon Wheat Kings head to Saskatchewan for the second time this week in a hopes for a rebound vs the Saskatoon Blades. The Wheat Kings fell 6-2 to the Blades at Westoba Place on Saturday night. make their second trip to Saskatchewan this week, with a stop at the Sasktel Centre. Brandon is coming off a two-win weekend, and will be looking to rebound after a tough 6-2 loss to the Blades on Saturday night.

Youth Movement: Carson Bjarnason becomes the youngest Wheat Kings goalie since Byron Penstock in 1990 to record a WHL victory. At 16 years, 3 months and 1 day, Bjarnason is the youngest goalie to earn a victory in a Brandon uniform since Jordan Papirny (7 Months older). He also recorded the 2nd most saves in his debut victory since Geoff McIntosh (40 saves) on September 23rd at Regina.

Nice Return: Newly minted Team Captain Ridly Greig has recorded a point in all three games since being reassigned by the Ottawa Senators. The first round pick has three goals and an assist, including a goal against the Blades on Saturday night.

Rossburn Rifle: Chad Nychuk scored twice on Sunday, the first time in his career. The Rossburn, MB native’s three point night tied a career high for points in a game dating back to January 18th, 2020 in Moose Jaw. His third period goal was his third career game winner.