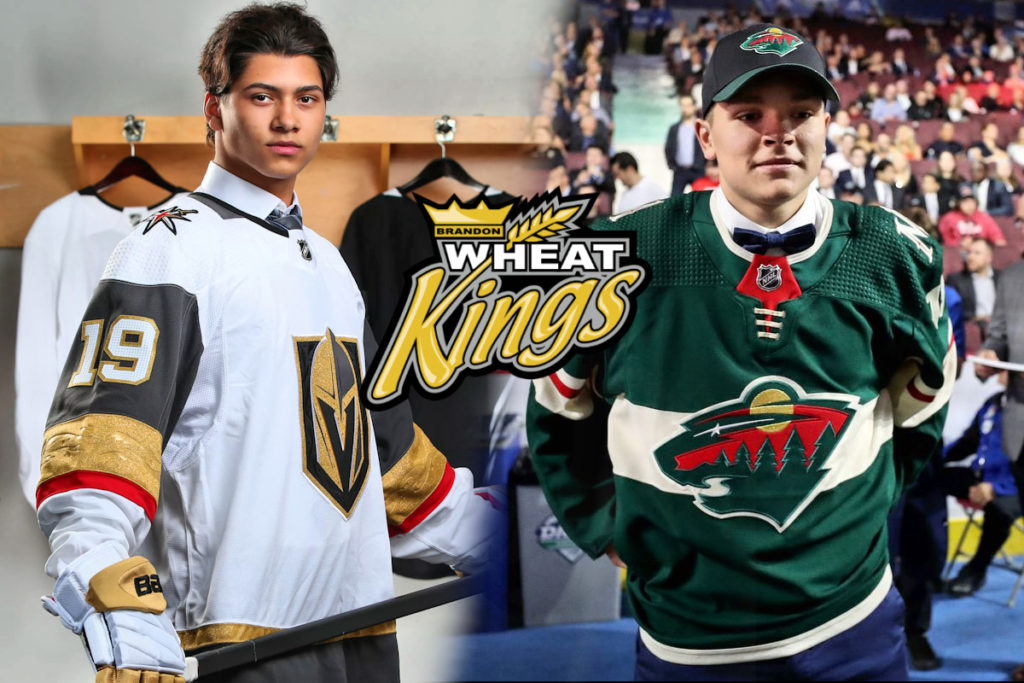 A member of the USHL’s Sioux City Muskateers this past season, Marcus scored 29 goals and 83 points in 58 games and was named to the USHL’s All Rookie All Star Team.

“Marcus is a really talented player,” says Wheat Kings Director of Scouting Darren Ritchie. “He’s a big body, skates well and has a heavy shot. He’s a drafted NHL player and we’re hopeful that we can get him to Brandon this season.”

Firstov meanwhile was chosen by the Minnesota Wild in the second round of Saturday’s NHL draft in Vancouver and after scoring 26 goals and 58 points for the Waterloo Black Hawks of the USHL last season, the 6’1” 181 lb Russian has committed to play in the NCAA in 2019-20.

“He’s an offensively gifted player,” says Ritchie. “He plays with good jump to his game and is a hard working power forward.”

“Because he’s committed to the University of Connecticut, there is some work to be done on getting him here,” he added.
The Wheat Kings were able to select two players in Thursday’s draft as netminder Jiri Patera, who is expected to return for his second season with the WHL club, is a 20-year old overage player.

CHL clubs are permitted to carry a maximum of two imports.

A sixth round draft choice of the Golden Knights, Patera became the first ever European goalkeeper to be chosen and to play for the Wheat Kings.

The two round draft took place online with the order of selection rotating through each of the CHL’s three leagues using an inverse order of final regular season standings during the 2018-19 campaign.

Rounding out the top three were Kingston of the Ontario Hockey League, who opted for Slovakian forward Matin Chromiak and Quebec’s Acadie Bathurst, who chose defenceman Noah Delemont from Switzerland.

Kallionkieli becomes the third Finnish born player to be selected by the Wheat Kings in the CHL Import Draft, since it was established in 1993. He joins Toni Rajala and Sami Sandel, who were chosen in the first rounds of the 2009 and 2004 drafts respectively.

Thursday’s CHL Import Draft caps off a busy week for the Whet Kings, who unveiled their 2019-20 regular season schedule on Wednesday.

The Wheat Kings will kick off the regular season with a home and home series with the Winnipeg ICE, beginning Friday, September 20th at Westoba Place.