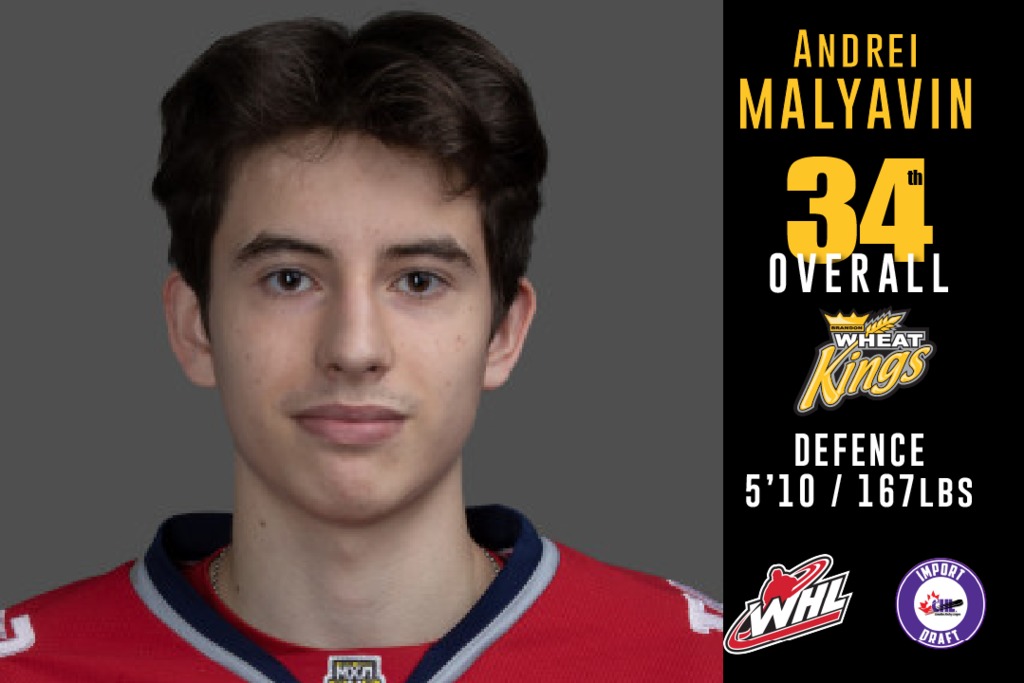 Toronto, ON – The Wheat Kings added one player to their prospect pool during Friday’s Canadian Hockey League Import Draft.

With the 34th overall pick in the first round the Wheat Kings chose 18-year-old Defenceman Andrei Malyavin from Russia.

The 5’10” 167lb Voronezh product played with the Sarnia Sting of the OHL last season, recording two goals and 13 points in 44 games played.

Malyavin joins Belarusian Forward Zakhar Polshakov who was selected with the 29th overall pick in the 2021 CHL Import Draft.  Clubs are permitted to carry a maximum of two imports.

Polshakov finished his first season in the Western Hockey League with the Wheat Kings recording 5 goals and nineteen points during 55 games played.  The Centerman entering his 19-year-old season in Brandon, led the team in face-off winning percentage last season.

Malyavin becomes the seventh Russian born player to be selected by the Wheat Kings in the Import Draft, since it was established in 1993.

Here’s a look back at the entire 2022 CHL Import Draft: https://chl.ca/draft

The Wheat Kings will kick off their 2022-23 regular season on Saturday, September 24th against the Winnipeg Ice at Westoba Place.