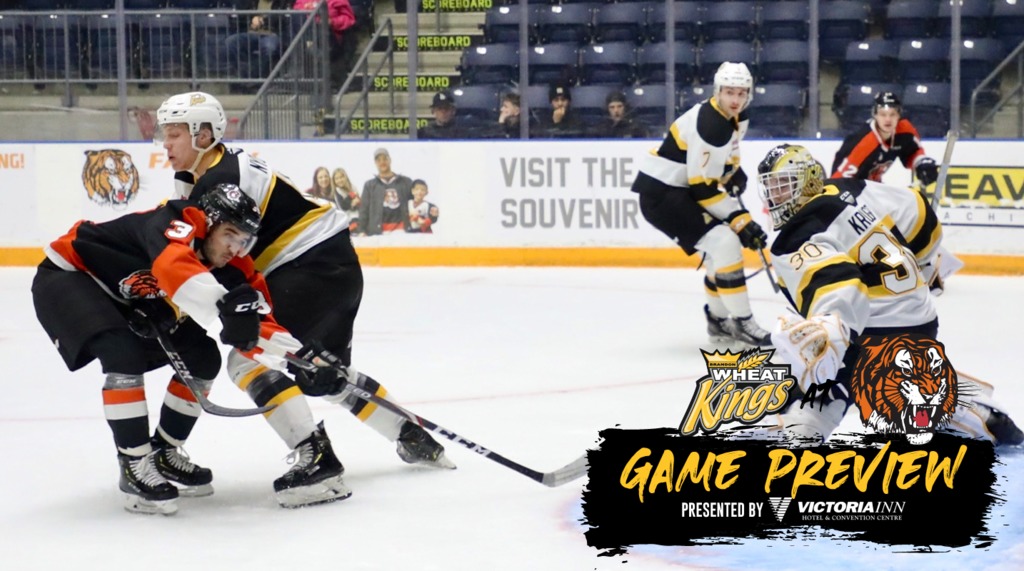 Tonight’s Matchup:  The Brandon Wheat Kings return to game action for the first time in 13 days tonight in Medicine Hat. The Wheat Kings last played on December 30th vs Edmonton, and due to Covid-19 issues around the league, had two games postponed to start the new year. Meanwhile, the Tigers have been cleared to return to team activities after a five-day Covid related pause.

Last Time Out: 3-2 SOL vs Edmonton: The Wheat Kings scored a pair of powerplay goals but it wasn’t enough to earn the extra point, falling 3-2 in a shootout to wrap up 2021. Ethan Kruger made 31 saves, but the offense was shut out in the shootout. It was just the second shootout loss of the season for the Wheat Kings.

Ridly’s Return: Team Captain Ridly Greig will draw back into the lineup tonight for the first time since December 8th in Moose Jaw. The Ottawa Senators’ draft pick had spent the last three weeks with Hockey Canada at the World Junior Championship before the event was canceled. Greig had six points in his last four games (2G-4A) in his last four games as a Wheat King.

Alumni Check-in: Logan Thompson made his first career NHL start on January 4th as the Vegas Golden Knights welcomed Nashville. Thompson stopped 23 shots in a losing effort. The Calgary, AB native is the 100th Brandon Wheat King alumnus to play a game in the NHL.

Pollys Point Collection: Zakhar Polshakov continues to find the scoresheet in his WHL rookie campaign. The Belarussian import has at least a point in five of his last six games, including three multi-point nights in that span. Polshakov sits tied for 7th on the Wheat Kings in scoring with 16 points in 22 games.