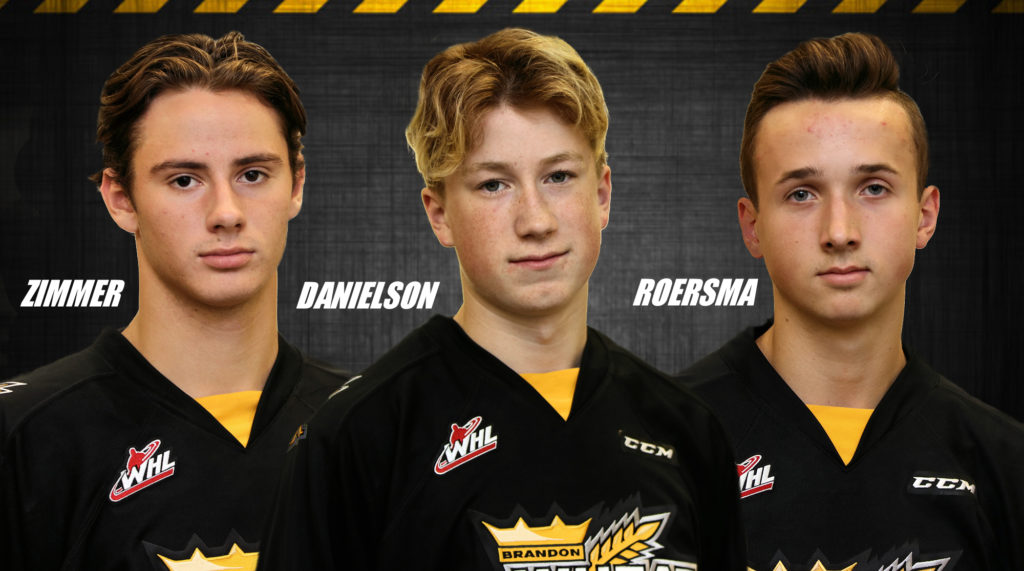 Danielson, who scored 26 goals and 59 points for the Red Deer Bantam AAA Rebels this past season, will report to the Northern Alberta Xtreme while Zimmer will return to Okanagan Hockey Academy in Penticton, where he averaged two points per game with 22 goals and 52 points last season.

Meanwhile Roersma will report to Lethbridge where he will play U18 hockey this coming season. As a member of the AAA Bantam Golden Hawks last season, Roersma scored 23 goals and 44 points in 29 games.

Players are only permitted to play five games in the WHL as 15-year old prospects.

The Wheat Kings, who are coming off a pre-season split of a weekend series with Winnipeg, will close out their 4-game pre-season schedule this weekend with a home and home series against Moose Jaw.

Tickets to both Saturday’s pre-season game as well as the 2019 Brandon Sun Home Opener on Friday, September 20th are on sale now at the Keystone Centre box office, by calling (204) 726-3555 or online HERE.

Speaking of season tickets, fans wanting to guarantee their seat for 2019-20 are encouraged to stop by the Wheat Kings’ office or click HERE for more information.