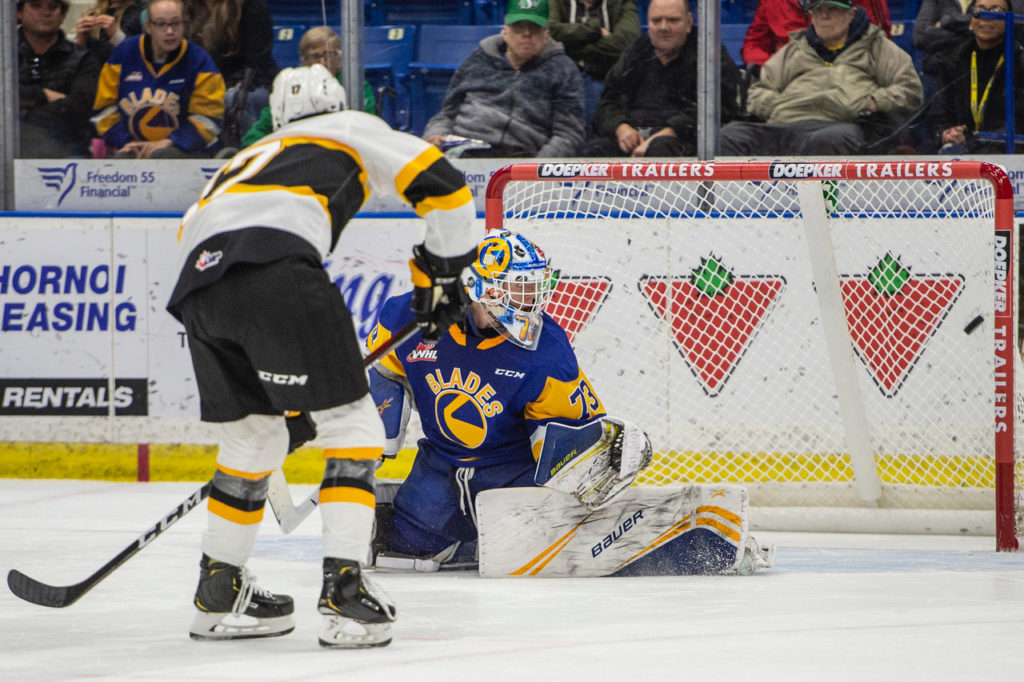 With the game tied at two through forty minutes, the Blades jumped out to a 4-2 lead on third period goals by Kyle Crnkovic and Riley McKay, with McKay’s goal coming with just over four minutes remaining in regulation time.

After Ridley Greig pulled Brandon to within a goal with 65 seconds to play, captain Connor Gutenberg picked an opportune time to score his first of the season – sending the game into overtime – with just eighteen seconds remaining.

In overtime, the Wheat Kings outshot the Blades 5-0 and carried that momentum into the shootout where goals by Greig and Luka Burzan and two big stops by Brandon netminder Jiri Patera were the difference as the visitors improved to 3-4-0 on the season.

Saskatoon meanwhile slipped to 3-3-0-1 and remain winless on home ice this season.

Greig, who rejoined the Brandon lineup Friday night after serving a 3-game WHL suspension, finished the night with a pair of goals while Lynden McCallum rounded out the scoring for the Wheat Kings, who led 1-0 after the first period.

Tristen Robins and Zach Huber also scored for the Blades, who were outshot 34-30.

Patera made 26 stops to pick up the win and improve to 3-2-0 on the season while Nolan Maier took the loss for Saskatoon.

Tickets to Friday’s game go back on sale Monday morning at the Keystone Centre box office, but fans can order by phone at 726-3555 or online at keystonecentre.com