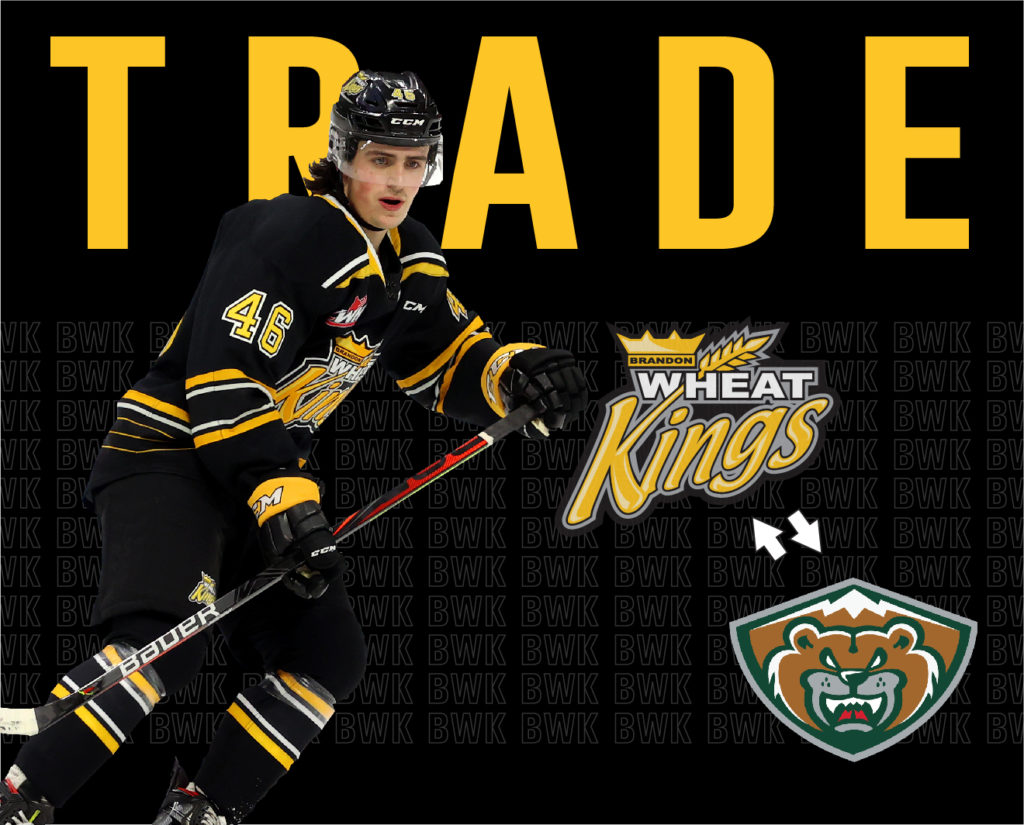 Brandon, MB – The Brandon Wheat Kings have acquired a 2023 – 7th round selection in the WHL Bantam Draft from the Everett Silvertips, in exchange for overage defenseman Jonny Lambos.

Lambos made his WHL debut in 2018 and spent the next three-seasons patrolling the blueline for the Wheat Kings.

In 127 career games with the black and gold, Lambos scored five times and added 14 assists.

“Jonny has been a terrific Wheat King,” said General Manager Doug Gasper. “He has done everything we have asked of him and more during his time here. It’s now time for us as an organization to assist him in continuing his career in the WHL.”

It’s the second move in as many weeks for Gasper, who sent fellow overage defenseman Rylan Thiessen to the Swift Current Broncos for a 2021-9th Round Bantam Draft pick back on July 5th.

The Wheat Kings currently have six 2001 born skaters on the roster, including Braden Schneider (New York), Ben McCartney (Arizona) and Marcus Kallionkieli (Vegas) who are all currently on pro contracts.

Season Tickets will go on sale later this month.