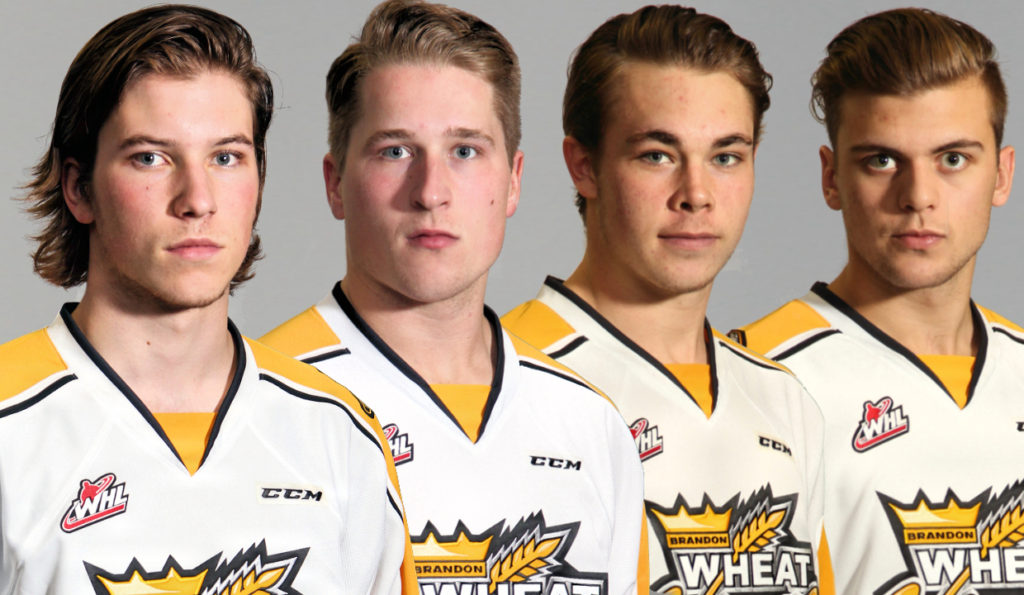 Anning says that when the Wheat Kings take to the ice Saturday night in a game against the visiting Red Deer Rebels, 18-year old center Nolan Patrick will be wearing the “C” on his jersey.

Patrick, who is entering his third season in the WHL, becomes the 59th Captain in franchise history, replacing graduated blueliner Macoy Erkamps, who is currently skating with the National Hockey League’s Ottawa Senators.

The WHL Playoff Most Valuable Player in last year’s playoffs, the Winnipeg product is expected to be an early first round selection in the 2017 National Hockey League Draft.

Patrick is coming off an outstanding season that saw him finish fifth in the league scoring race with 41 goals and 102 points in 72 regular season games. He then added thirteen goals and 30 points in 21 playoff games to edge out Brandon teammate Jayce Hawryluk by a point.

A former first round bantam draft choice of the Wheat Kings, Patrick became the first 17-year old Wheat King to reach the century mark in points last season, since Ray Allison and Brian Propp both did it in 1976-77.

Entering the second weekend of regular season play, Patrick has a goal and three points in two games.

Meanwhile two local products and another former first round bantam selection have been named alternates.

A 4-year WHL veteran, Coulter has scored 46 goals and 113 points in 198 career WHL games while Kaspick and Clague have scored 50 and 57 points respectively through their first two years in Brandon. While Clague was the first player chosen by the Los Angeles Kings in June’s NHL draft, Kaspick was selected in the fourth round by the St. Louis Blues.

Kaspick, who is expected to make his season debut with the Wheat Kings on Saturday after being returned by the Blues earlier this week, was chosen the WHL’s Scholastic Player of the Year in 2015-16.

Brandon plays back to back home games this weekend and tickets to both are on sale now at the Keystone Centre box office. Fans can also purchase online at keystonecentre.com or by calling (204) 726-3555. Saturday is Manitoba Hydro 50th Anniversary Fridge Magnet Schedule Giveaway Night.

WHEAT KINGS’ CAPTAINS – OVER THE YEARS: