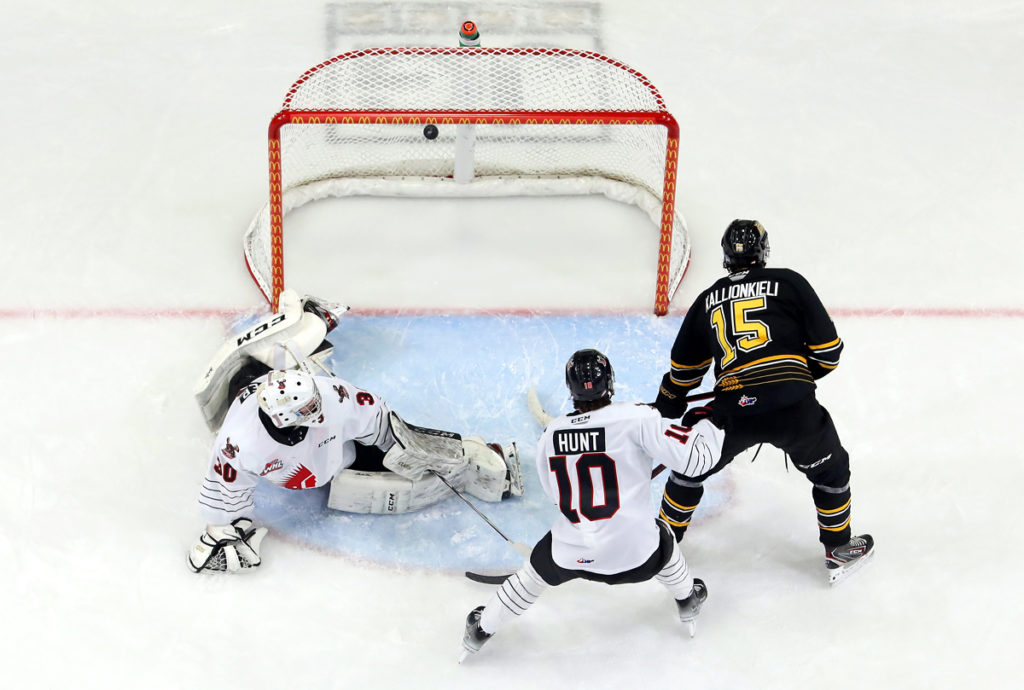 Brandon, MB – The Brandon Wheat Kings got a goal and an assist from Captain Ridly Greig and a 21 save performance from Ethan Kruger on Friday night, in a 4-2 win over the Moose Jaw Warriors.

Vinny Iorio, Marcus Kallionkieli and Riley Ginnell all added singles for the Wheat Kings, who improve to 7-10-0-0 on the season.

Despite the win, Assistant Coach Mark Derlago says there are still corrections that need to be made.

“We dont want to beat up a win,” he told the Bounce 96,1 post game show.  “Mistakes were made tonight. We made some poor decisions, but our powerplay got us a goal, we had some blocked shots late and ground out the win.”

It’s been a strange schedule for the Wheat Kings, who hadn’t played since that Friday night vs Saskatoon, but it has allowed plenty of practice time.

“The Greig line had some grade A chances and that’s a direct result of a long week of practice,” added Derlago. “We’re healthy now, we’re working every day as a group to work on the little things we haven’t been able to due to injuries and you can see it starting to pay off.  Guys are gelling more and more every night.”

The Wheat Kings will take the remainder of the weekend off, before opening a stretch of three-games in five nights on Tuesday night vs the Swift Current Broncos. 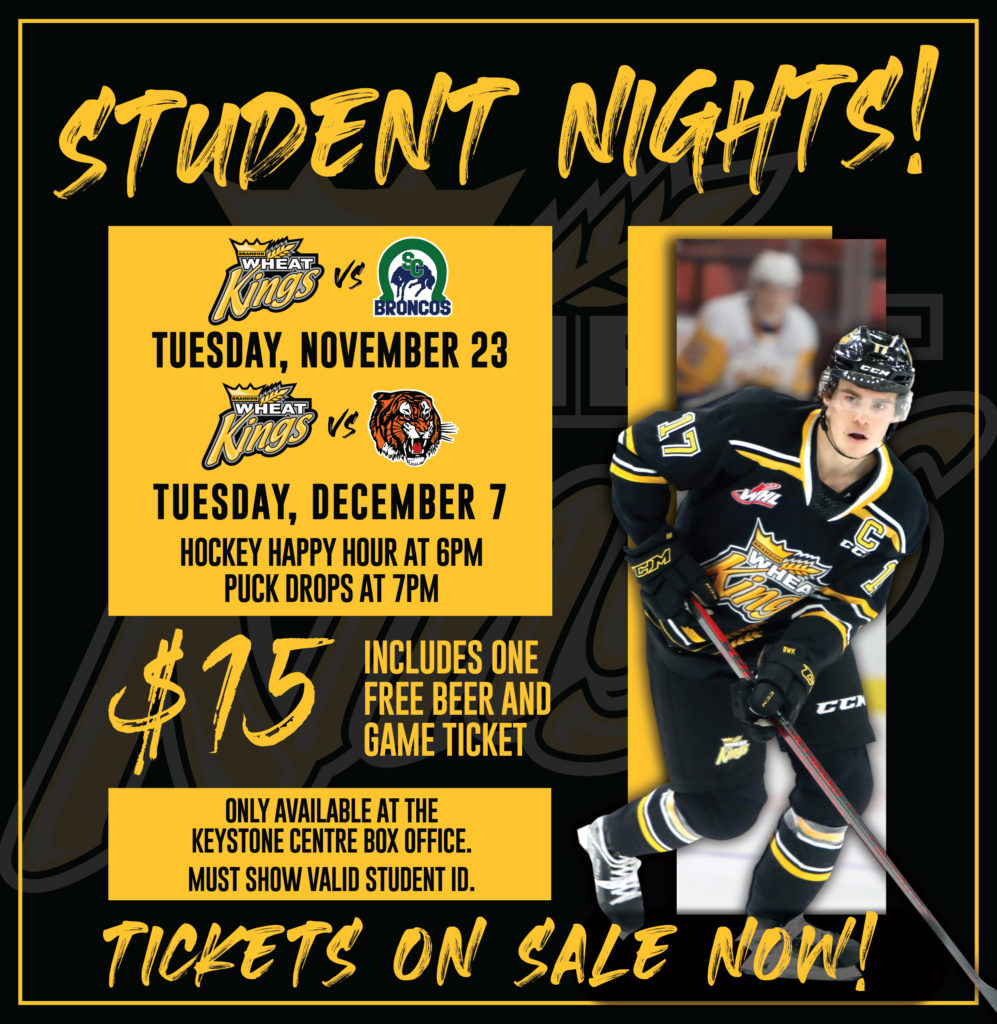