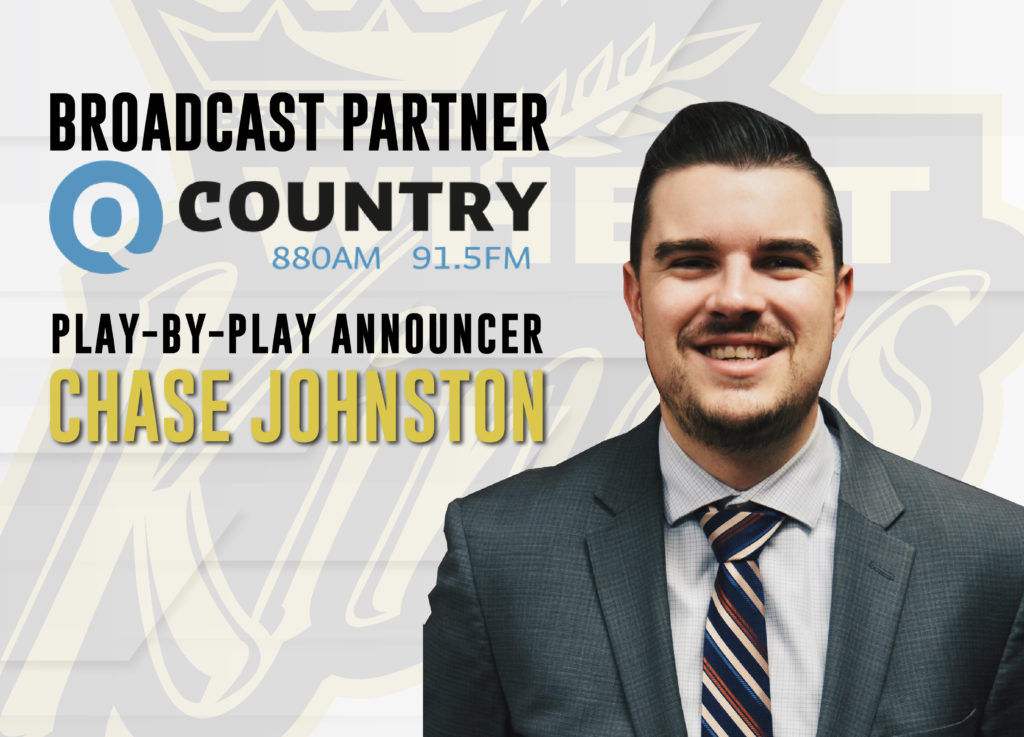 Brandon, Manitoba – The Brandon Wheat Kings are proud to announce that Wheat Kings hockey is returning to Q Country 91.5 FM (Q Country) and 880 AM.
Q Country has been the radio home of the Wheat Kings for a combined total of 27 years.

Dating back to 1985, CKLQ has been synonymous with the most exciting moments in Wheat Kings’ history, including the Ed Chynoweth Cup Championships in 1996 and 2016 and Memorial Cup appearances in 2010 and 2016.

“This is a great opportunity for Q Country listeners to re-engage with the Wheat Kings brand,” said Westman Radio Ltd General Manager Brian Wortley. “When people think Q Country and CKLQ, they think Wheat Kings Hockey. We were there when Marty Murray scored 43 goals in 93,’ and now he’s leading this franchise into a new era…an era that we’re proud to be a part of moving forward.”

“The Wheat Kings and Q Country go together, in my view,” said Wheat Kings General Manager Marty Murray. “As a young man, this is how I stayed in touch with the Wheat Kings. It’s how everyone stayed connected to the team, and it just feels right to be going back.”

Fans can hear all 68 regular season games on Q Country 91.5 FM and 880 AM, and online at qcountryfm.ca. Each game night will include a pre-game and post-game show hosted by the new voice of the Wheat Kings – Chase Johnston.

Chase was born and raised in Mission BC, spending time as the in-game host with the Prince George Cougars before moving into the broadcast booth for the Fraser Valley Thunderbirds from 2016-18 and then called over 200 BCHL games with the West Kelowna Warriors from 2018-2022.

“When I graduated broadcasting school, my main goal was to reach the Western Hockey League” Chase said from Kelowna on Monday. “I’m thrilled I get to join a team with such a rich history like the Wheat Kings and look forward to meeting all the great fans in Brandon.”

The Wheat Kings open the WHL Regular Season on Saturday, September 24th, versus the Winnipeg ICE. You can hear all the action starting with the pre-game show at 6:30 p.m. Puck drop is at 7:00 p.m.