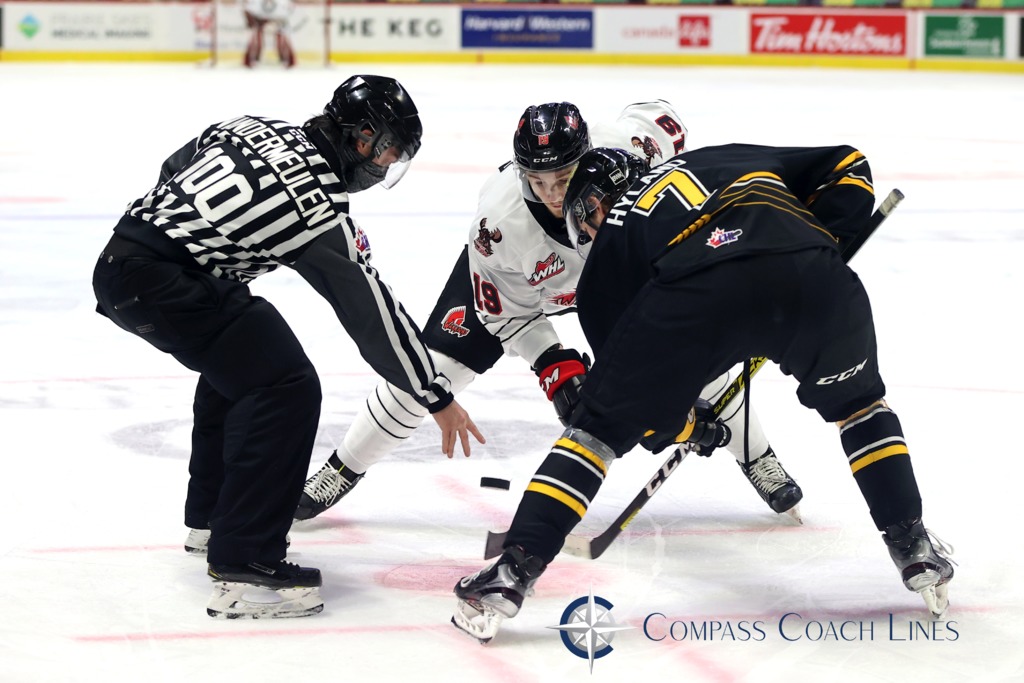 Brandon, MB – The Brandon Wheat Kings will cover 1,974 kilometers in the next five days, making stops in Moose Jaw, Swift Current, Lethbridge, and Medicine Hat on what is the longest road trip in almost two seasons.

As the calendar flips to November the Brandon Wheat Kings have an incredibly tough schedule ahead of them starting tomorrow night Moose Jaw.

The Wheat Kings are set to embark on a stretch of eight games in twelve days including, four games in five nights this week.

“It’s all about rest for these guys,” said Captain Ridly Greig. “Some of the young guys have never been on a trip like this. We have to stick to the routines, get the legs going early and make sure we do all the little things right. Prepare the right way.”

Fourteen skaters on this year’s club have very few if any WHL road trip miles under their belt.

“These trips can be a grind,” said Head Coach Don MacGillivray. “We can’t look too far ahead though. Our first stop is Moose Jaw, and we have to prepare for the Warriors.”

Brandon had their three-game winning streak snapped on Saturday night vs the Raiders and will look to get above .500 over the course of the next five days.

“We’ve been playing some good hockey,” added Greig. “We just need to keep building on the momentum here, get out on the road and pick up some points.”

You can catch all the action this week on the home of the Wheat Kings Bounce 96.1 or the iHeartRadio App.

Fans can also watch all the action via the CHL Live App. Visit www.watch.chl.ca for more details. 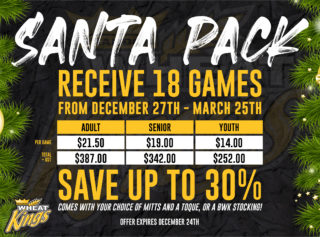