WHEAT KINGS HAPPY TO BE HOME 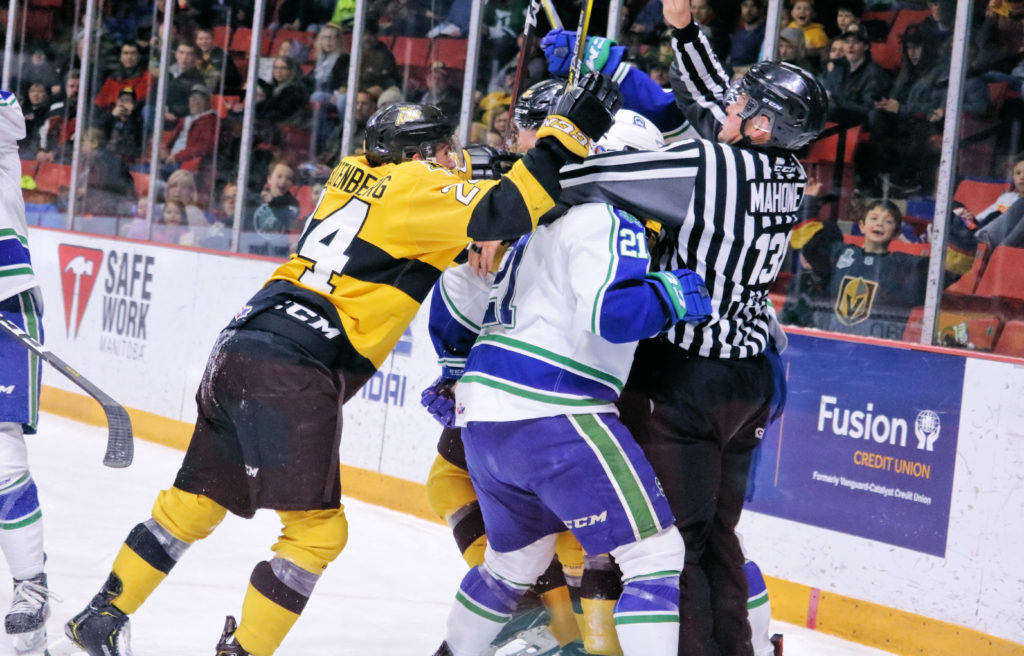 Brandon, MB. – The Brandon Wheat Kings continue to prepare for their first home game in three weeks at Westoba Place.

On the heels of a season long 7-game road trip, the Wheat Kings kick off a 3-game home stand Friday night with the back half of a home and home series with the visiting Swift Current Broncos.

The Wheat Kings, who capped off a 3-4-0 road trip with a 5-1 victory over the Broncos in Swift Current last weekend, will host Lethbridge on Friday before taking on the Medicine Hat Tigers on Tuesday night.

Tickets to both games are on sale now at the Keystone Centre box office, by calling (204) 726-3555 or online at keystonecentre.com.

Brandon enters the weekend with a record of 6-9-0 and coach Dave Lowry says that his club impressed at times on its recent road trip.

“There were periods on the trip that we look at and take away the positives and there are a lot of teachable moments,” Lowry told Perry Bergson of the Brandon Sun. “Obviously you would like to win every game.”

Lowry noted prior to the trip that he was looking forward to learning more about his team, and he said he did.

“I think a big thing is that our young guys can play,” Lowry said. “They’re going to have to play, and going through the U.S. Division, you don’t get very many favourable matchups. Our young guys, a lot of them scored their first goal this year and they played hard and played big minutes for us.”

“We look forward to getting back on home ice,” the coach added.

Newly acquired Duncan Pierce is expected to make his Brandon debut this weekend, after he was obtained from the Regina Pats on Tuesday in exchange for Caiden Daley.

In other news today, goalkeeper Ethan Kruger – who has started eight consecutive games – has been named the TELUS Wheat King Player of the Month for September / October.

Kruger has been called on to carry the bulk of the netminding duties as veteran Jiri Patera continues to recover from a lower body injury.

Luka Burzan continues to lead the Wheat Kings in scoring with seven goals and 13 points, followed by Ben McCartney and Lynden McCallum with ten points each.

Beginning play this weekend, Swift Current is 3-7-1-2 record while the Hurricanes, who defeated the Wheat Kings 5-2 last weekend, have compiled a 9-4-0-3 mark.