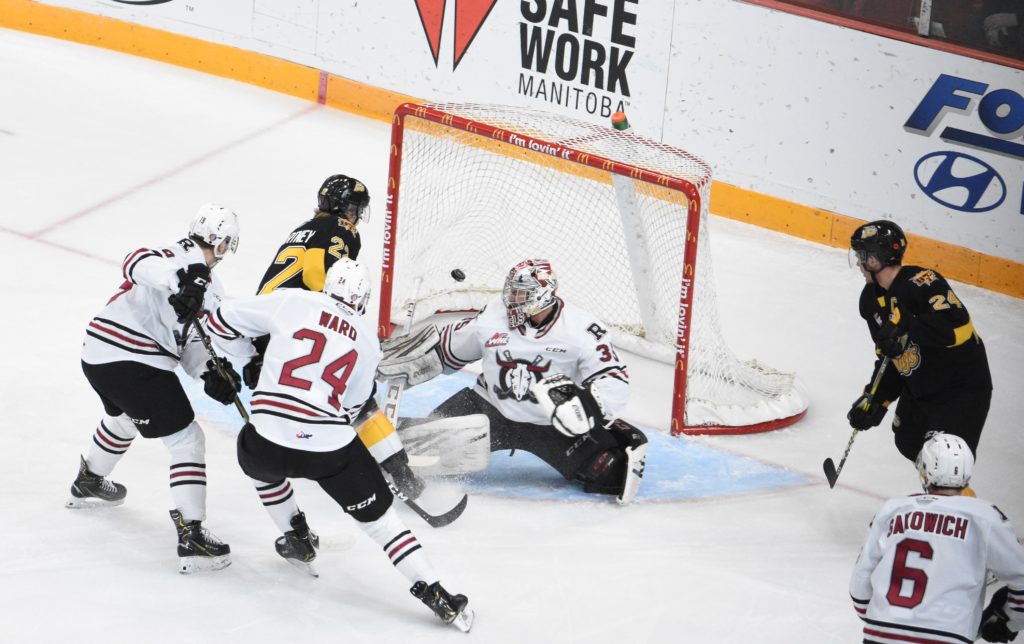 Ben McCartney scored twice for the Wheat Kings, who broke the game open with three unanswered second period goals to improve their record to 8-10-0 on the season.

After trading goals in the opening period, Brandon’s Luka Burzan snapped the 1-1 tie at the 1:22 mark of the second and the Wheat Kings were well on their way.

In the third, newly acquired Duncan Pierce made it 5-1 on a penalty shot before Red Deer’s Mason Ward closed out the scoring with just over two minutes to play.

Pierce’s goal also made a winner for Wheat King fans as they can now save 50% on their online Dominos pizza orders on Wednesday, when using the Promo Code WK5.

The Wheat Kings, who played one of their most consistent games of the season Tuesday, will now hit the road for back to back games against Eastern Division rivals this weekend when they travel to Saskatchewan for games Friday and Saturday nights in Prince Albert and Saskatoon respectively.

Brandon will then return home to host the Winnipeg ICE on Monday afternoon – Remembrance Day.

Tickets to Monday’s game, presented by Koch Fertilizer Canada, go back on sale Wednesday morning at the Keystone Centre box office or by calling (204) 726-3555. Fans can also order online at www.keystonecentre.com