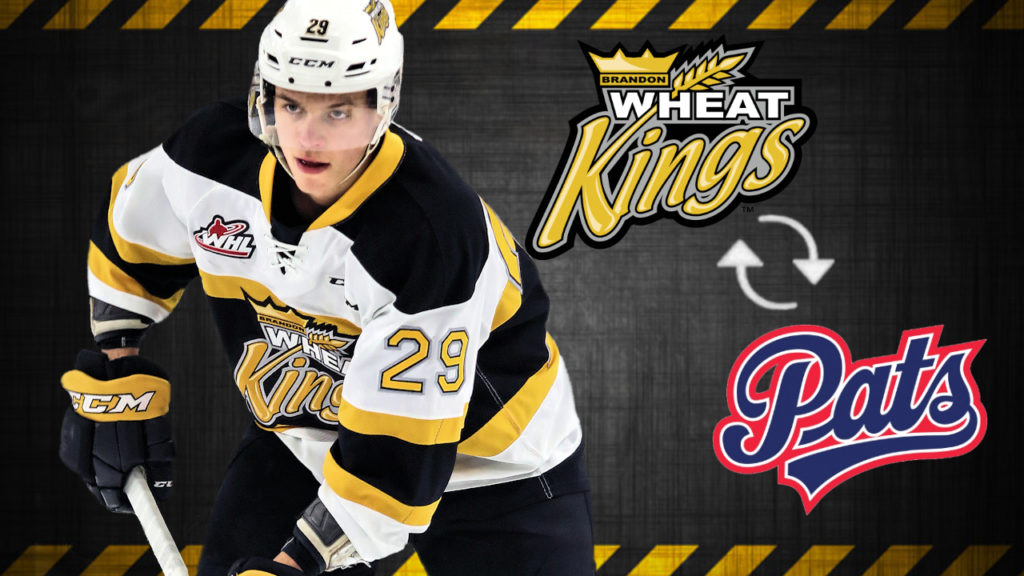 Brandon, MB. – The Brandon Wheat Kings have settled on their three overage players for the 2019-20 Western Hockey League season.

The Wheat Kings, who acquired 20-year old Dom Schmiemann from the Tri-City Americans on Monday afternoon, have dealt Glenboro product Zach Wytinck to the Regina Pats in exchange for a fifth round draft choice in the 2022 WHL Bantam Draft.

By dealing the 3-year WHL veteran, the Wheat Kings have settled on goalkeeper Jiri Patera, captain Connor Gutenberg and Schmiemann as their overage contingent.

WHL clubs are permitted to carry a maximum of three 20-year olds on their active roster.

Originally listed by the Red Deer Rebels, Wytinck had a goal and three points in seven games this season.

“We would like to thank Zach for his many contributions on and off the ice,” says Brandon general manager Darren Ritchie. “He has been a great ambassador for the Wheat Kings’ organization since he arrived three years ago.”

Schmiemann meanwhile practiced with his new team Wednesday and is expected to make his Wheat King debut on Friday night when the Wheat Kings host Saskatoon at Westoba Place.

Tickets to the game are on sale now at the Keystone Centre box office, by calling (204) 726-3555 or online at keystonecentre.com