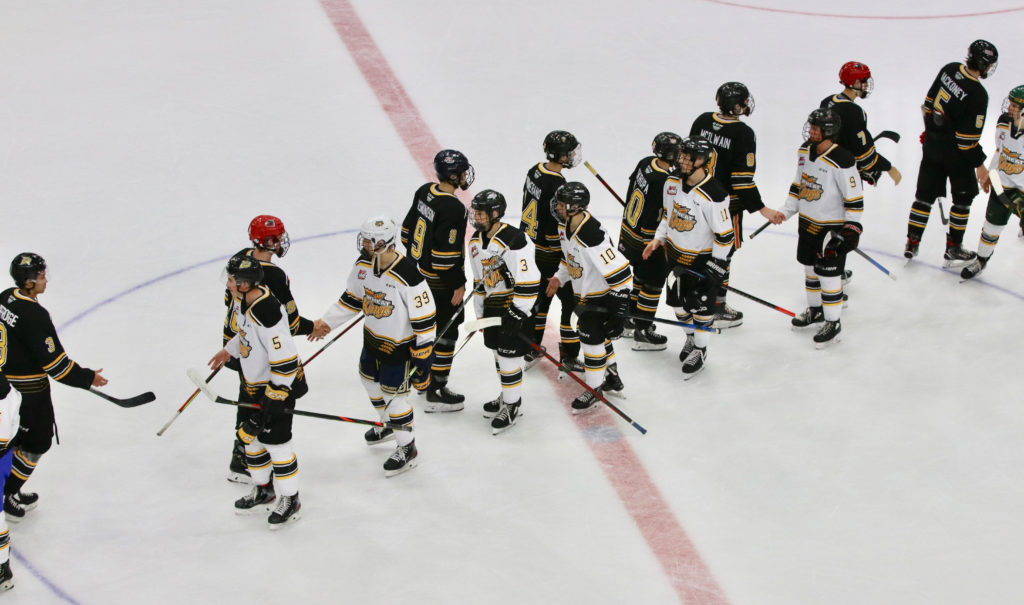 General Manager Doug Gasper has made the following roster moves at the conclusion of training camp;

-Carter Capton to Yale Academy
-Oakley McIlwain to Lloydminster U18
-Jeter Korte to Warman U18
-Noah Asmundson to Regina U18
-Keenan Skrupa to Brandon U18
-Brett Hymers to NAX U18
-Tyden Redlick to St. Albert U18
-Jayce Thompson to Southwest U18
-Dahnte Nackoney to OHA U18
-Luca Primerano to Burnaby Winter Club U18
-Cooper Kasprick to Central Plains U18
-Tyson Vouriout to Rink Academy U18

The following rosters players will be attending NHL Training Camps.

For a look at the Wheat Kings full pre-season roster, CLICK HERE

The Wheat Kings open up the pre-season Tuesday night in Moose Jaw vs the Warriors.

Brandon’s only home pre-season game is on Thursday, September 23rd vs Winnipeg at 7:00 pm