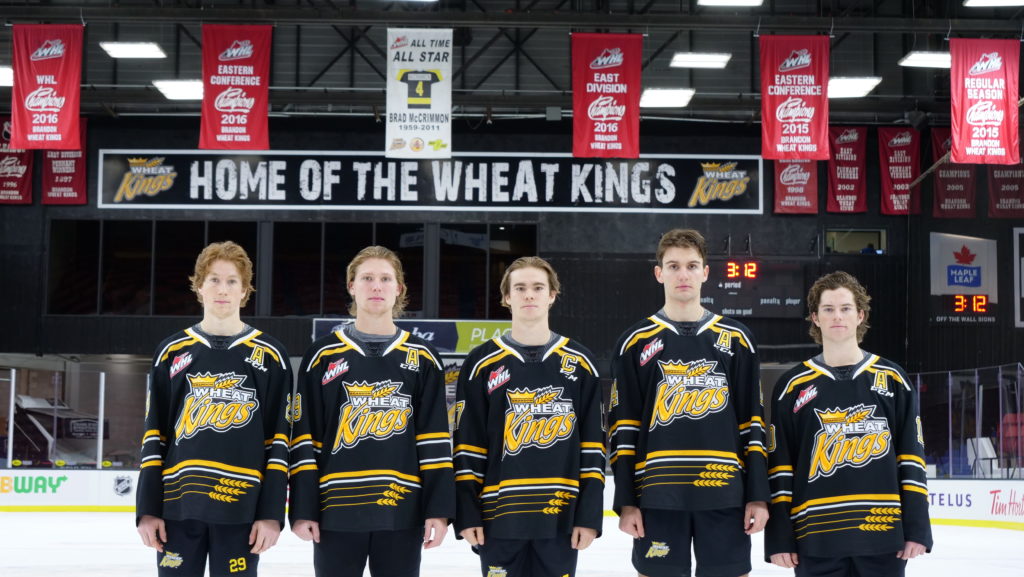 Chad Nychuk
“Chad is a veteran guy who has a ton of respect in our locker room. He leads by example, on the ice and in the community and is a guy the coaching staff can lean on every day to do the right things.”

Vincent Iorio
“Vinny logs a lot of minutes for us on the back end and plays in all the tough situations. He has an infectious energy that our players feed off everyday. He understand what it takes to be a leader in our room and looks forward to the challenge.”

Nolan Ritchie
“Nolan is a great example of what it takes to be a leader. After his injury he never once complained, he came to the rink everyday and worked extremely hard to get himself back into the lineup. He leads by example in the gym and on the ice and is a guy to epitomizes what it means to be a Wheat King.”

Nate Danielson
“Dany is a young guy on paper, but he is mature beyond his years. He is great in the locker room and as a rookie, went throught the unique Hub season and thrived. He is a big part of the future of this hockey club.”

The Wheat Kings return to play tomorrow night when the Swift Current Broncos come to town for the first time this season. Join us for Willie’s 30th Birthday!! $10 children tickets, bouncy castles, mascot parade and more! Tickets are on-sale now at the Keystone Centre Box Office or online at https://keystonecentre.com/

Wheat Kings Earn a Point in Moose Jaw
1 day ago