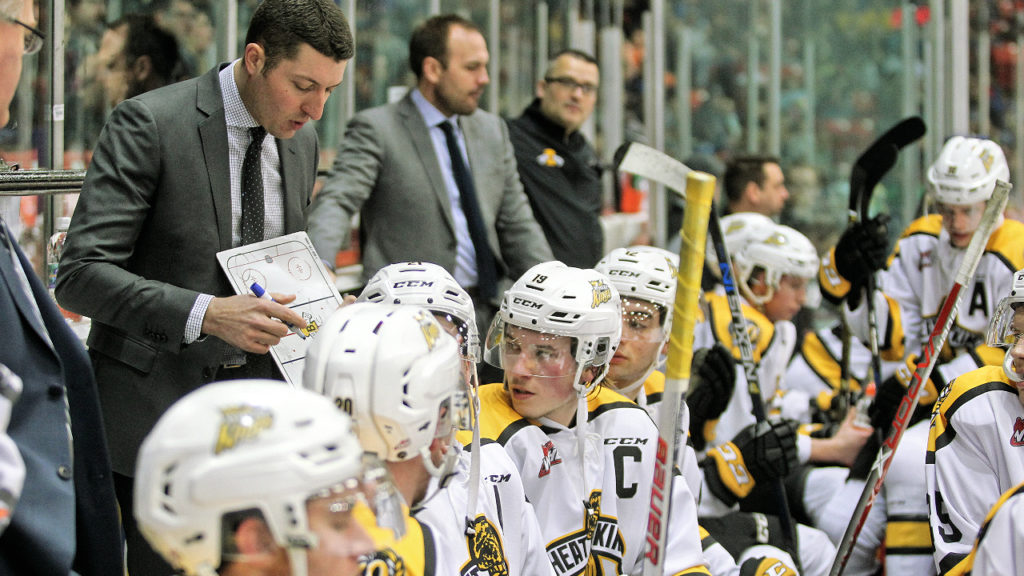 Brandon, MB. – With the Western Hockey League club’s first pre-season game just a few days away, the Brandon Wheat Kings have rounded out their coaching staff for the 2017-18 regular season.

A 33-year old native of Nesbitt, Rome spent last season with the club as a full time assistant coach. A fourth round draft choice of the Los Angeles Kings in 2002, Rome played several seasons in the National Hockey League, scoring six goals and 28 points in 226 career games. A veteran of 304 games in the WHL as a player with Saskatoon, Kootenay, Swift Current and Moose Jaw, Rome was a member of the 2007 Stanley Cup Champion Anaheim Ducks.

Lewis meanwhile began coaching after he finished his playing career with the Brandon University Bobcats in 1991. He began as an assistant coach of the Pee Wee AA Wheat Kings and moved up as an assistant coach with the AAA Midget program. A local teacher and a former member of the Brandon University hockey Bobcats, Lewis is also head instructor at The Hockey Factory, which provides specialized training in a number of skills, including speed, acceleration, transition and agility.

His son Ty is entering his third season as a member of the Wheat Kings.

In another move confirmed Wednesday, the club confirmed that Scott Hlady has joined the Wheat Kings on a full time basis.

A former Brandon defenceman, the 42-year old local product will be back as the team’s Equipment Manager, a part time position that he has held for the past four seasons.

During his four years with the Wheat Kings, Hlady has captured a WHL Championship, attended the MasterCard Memorial Cup in Red Deer as well as having the opportunity to work with Hockey Canada at both the Canada Winter Games and the Under 17 World Championships.

Fresh off Training Camp, the Wheat Kings continue to prepare for the opening game of a their 4-game pre-season schedule, set for this Friday night against the visiting Regina Pats at Westman Communications Group Place.

Tickets to both of the club’s pre-season games as well as the 2017 Home Opener later this month are on sale now at the Keystone Centre box office. Fans order online HERE or by calling (204) 726-3555.