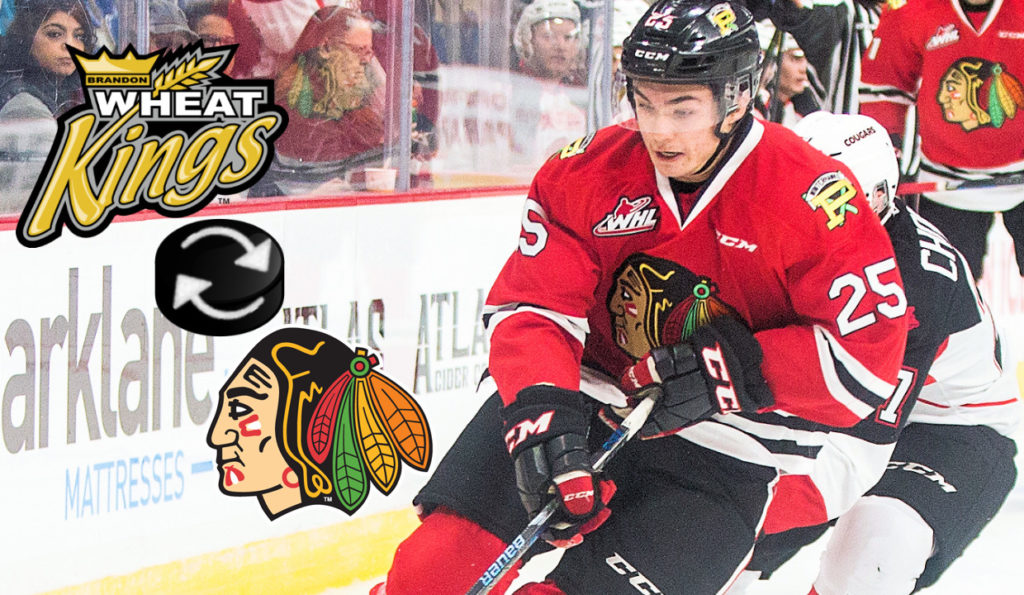 General Manager Grant Armstrong has announced the acquisition of 20-year old forward Evan Weinger from the Portland Winterhawks in exchange for a third round draft choice in the 2018 WHL Bantam Draft.

A 20-year old native of Los Angeles, California, the 6’ 195 lb. Weinger recently attended the NHL’s Los Angeles Kings development camp before being returned for his fourth and final WHL season.

During his first three seasons in the WHL, Weinger has 37 goals, 89 points and 97 penalty minutes in 187 career games since joining the Hawks in 2014. As well, he has three goals and ten points in 30 career playoff games.

With the addition of Weinger, the Wheat Kings now have four 20-year olds on their roster, joining netminder Logan Thompson and defencemen Kade Jensen and James Shearer. However, the Brandon born Shearer is currently on the sidelines and isn’t expected to rejoin the lineup until late November.

WHL clubs are permitted to carry three overage players on their active roster.

The Wheat Kings expect to have Weinger in Brandon in time for Wednesday’s game against the visiting Edmonton Oil Kings at Westman Communications Group Place.

Tickets to the game are on sale now at the Keystone Centre box office, by calling 726-3555 or online at keystonecentre.com. Fans purchasing tickets to both Wednesday and Saturday’s games at the regular price will receive a “free” ticket to Sunday afternoon’s game against the Prince Albert Raiders. The deadline for this limited time offer is 7pm Wednesday.

For more details on this special ticket offer click HERE