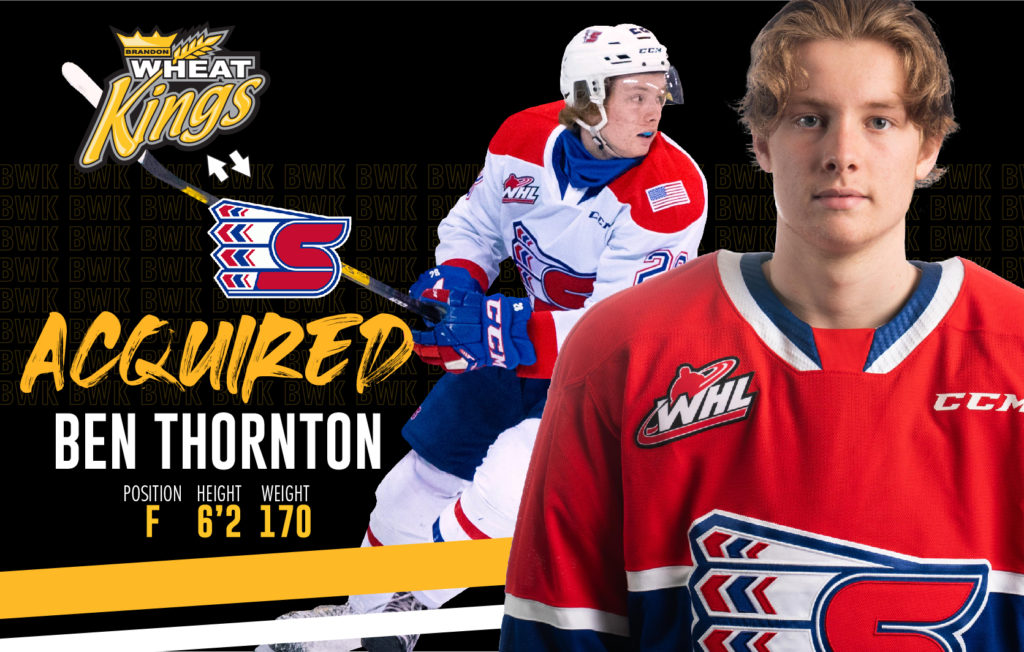 Brandon, MB – The Brandon Wheat Kings have acquired 17-year-old forward Ben Thornton from the Spokane Chiefs, in exchange for a 2nd round selection in the 2021 WHL Bantam Draft.

Thornton, who hails from Abbottsford, BC was a former 1st round pick (15th overall) of the Chiefs in 2019. After three seasons in the Yale Hockey Academy, Thornton made his WHL debut on December 17th, 2019 in Victoria.

In 10 games last season, he scored once and finished the season with a -4 rating and six shots on goal.

Thornton is expected to arrive in Brandon later today and could make his Wheat Kings debut tomorrow when the Wheat Kings wrap up the WHL pre-season in Winnipeg. Tomorrow’s game in Winnipeg will be played at the Rink Hockey Academy.

The game will be the first radio broadcast on 96.1 Bounce and the I Heart Radio App.