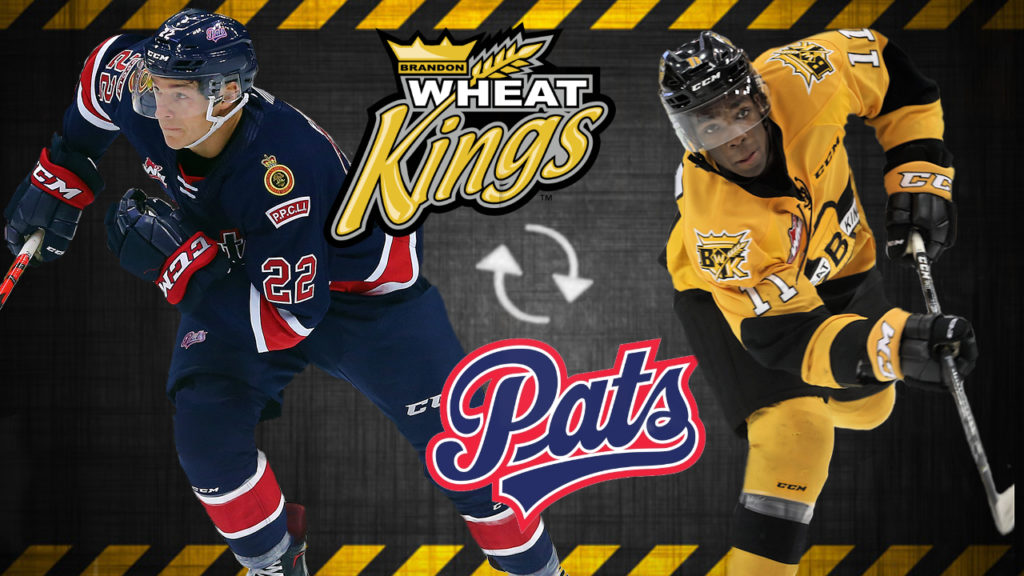 In exchange for the 6’1 181lb Winnipegger, the Wheat Kings have traded 19-year-old forward Caiden Daley.

Originally listed by the Pats in 2015 as a member of the Winnipeg Thrashers, Pierce has recorded 8 goals, 24 points and 84 penalty minutes in 94 games played with Regina. Pierce was given the Rick Rypien Award as the Pats Unsung Hero last season.

Drafted by the Wheat Kings with the 22nd pick in the 2015 WHL Bantam Draft, Daley played in 212 WHL regular season games for Brandon, recording 18 goals and 38 assist for 56 points.

“Duncan is a hardworking, physical player that will help our penalty kill. A fresh start should benefit both players,” said Brandon General Manager Darren Ritchie. “We would like to thank Caiden for his work on and off the ice as a member of the Wheat Kings.”

Pierce is expected to join his new team Wednesday and will make his Wheat King debut on Friday night when Brandon hosts the Swift Current Broncos. It will be the first home game at Westoba Place since October 11th as the team recently returned home for their annual West Coast road trip with a record of 3-4-0-0.

Tickets to the game are on sale now at the Keystone Centre box office, by calling (204) 726-3555 or online at keystonecentre.com