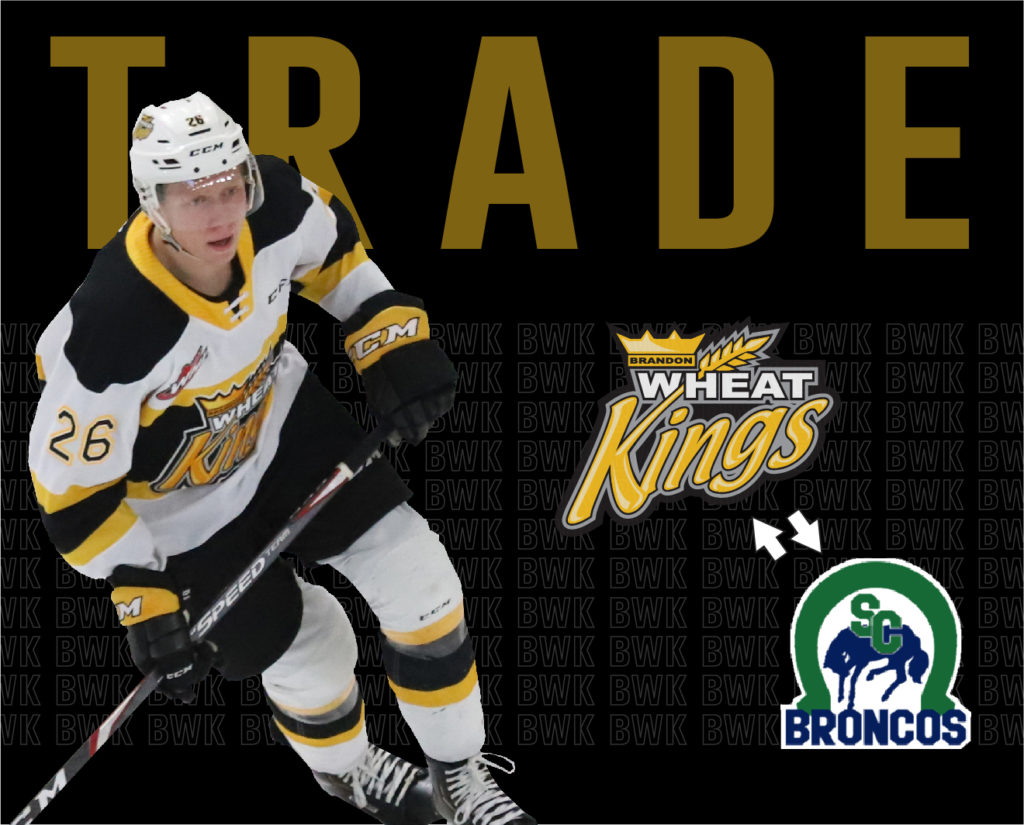 Thiessen, a Brandon native has spent parts of two-seasons with his hometown club appearing in 31 games.

“Rylan has been a consummate pro for our organization,” said General Manager Doug Gasper. “This trade allows him a chance go and be a big part of a new team.”

An original selection of the Lethbridge Hurricanes, Thiessen scored once and registered a career high seven points during the abbreviated 2021 season, winning the WHL’s East Division Subway Cup.

The Wheat Kings will open their 2021-2022 season at home on Friday October 1st vs the Winnipeg ICE.