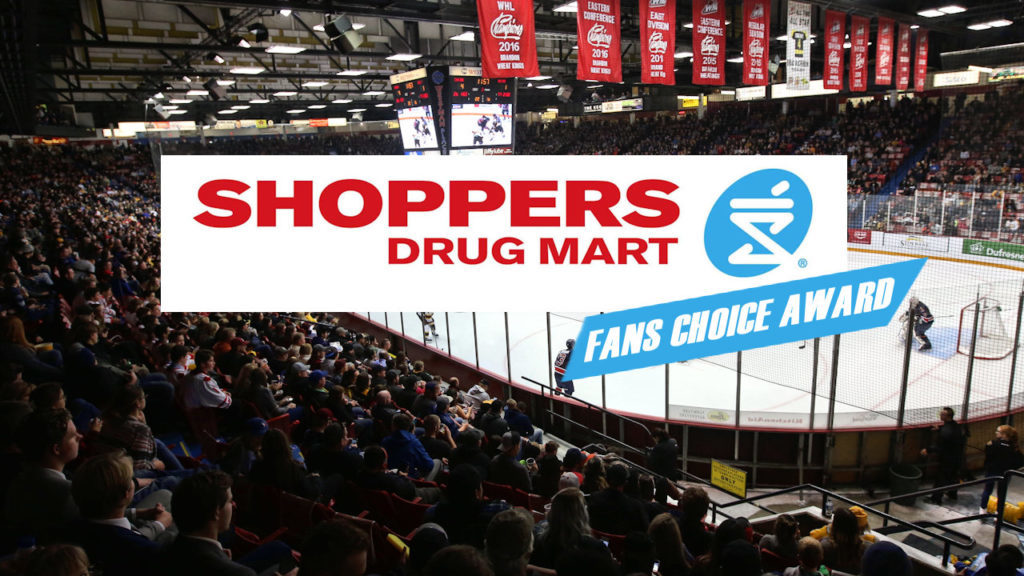 Beginning this Wednesday, fan balloting will be available at both Shoppers Drug Mart locations in Brandon as well as online at wheatkings.com.

The deadline to enter is Sunday, March 15th at midnight, with the winner to be announced during Fan Appreciation / Awards Night on Saturday, March 21st.

This marks the 14th year that Shoppers Drug Mart has served as the Title Sponsor of this award, which is presented to the hockey club’s Most Popular Player with their fans.

Tickets to all remaining Wheat King home games are on sale now at the Keystone Centre box office, by calling (204) 726-3555 or online at keystonecentre.com

ABOUT SHOPPERS DRUG MART: Shoppers Drug Mart Corporation, a wholly owned subsidiary of Loblaw Companies Limited, is the licensor of full-service retail drug stores operating under the name Shoppers Drug Mart® (Pharmaprix® in Québec). Founded in 1962 by Toronto pharmacist Murray Koffler, the Company has grown to a network of more than 1,307 Shoppers Drug Mart/Pharmaprix stores across Canada. These conveniently located stores are owned and operated by the Company’s licensed Associate-owners who have helped build a brand that is synonymous with exceptional service, value and trust. The Company also licenses or owns more than 49 medical clinic pharmacies operating under the name Shoppers Simply Pharmacy® (Pharmaprix Simplement Santé® in Québec) and five luxury beauty destinations operating as Murale™.