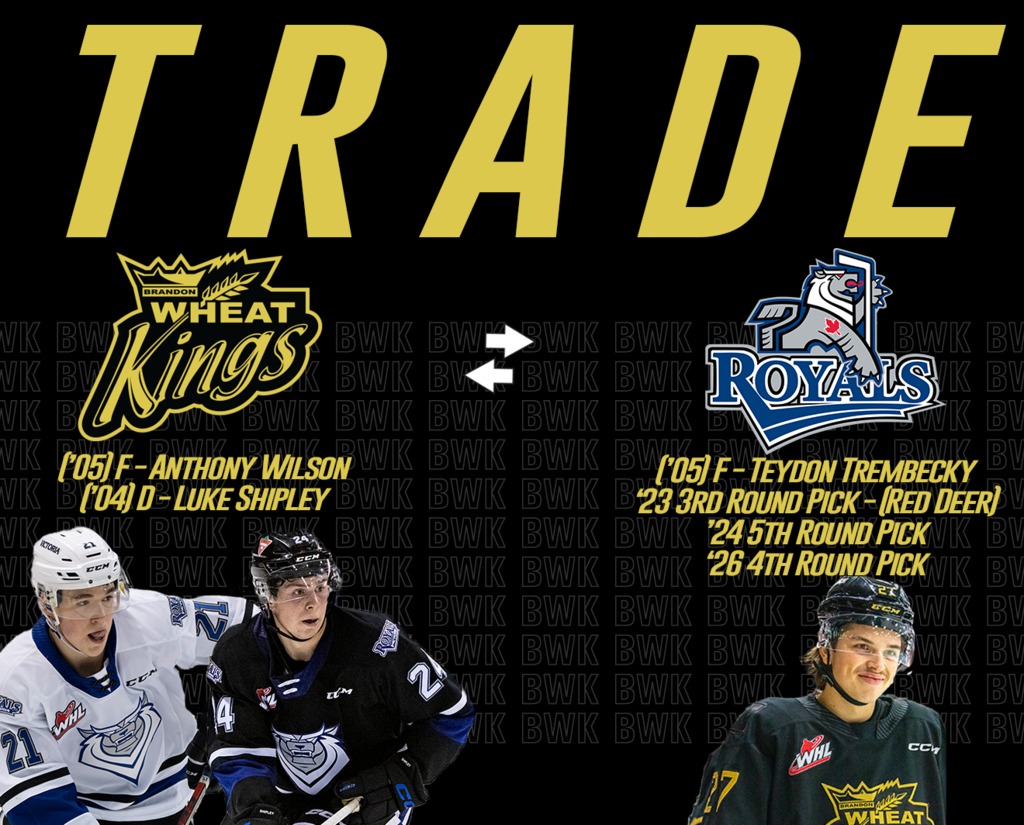 “We made the move for a couple reasons. If you look at where we’re at, I think it’s a good time to shake some things up” said Wheat Kings General Manager Marty Murray. “These are two players that will help our lineup immediately and they already provide some experience. Both are high character kids so they’ll be a welcome addition to our lineup.”

Trembecky, was drafted by the Wheat Kings in the 3rd round of the 2020 WHL Prospects Draft.  The Strathcona, AB native played 24 games in the black and gold, picking up two assists in that span.

Wilson, 17, was also drafted in the 3rd Round of the 2020 WHL Prospects Draft. The Swift Current, SK native played 81 games played with the Royals scoring 9 goals and 9 assists. General Manager Marty Murray is excited to see what Wilson will bring. “Anthony played as a 16 year old last season, he plays with a lot of energy and fits the mold on what we are trying to accomplish“.

Shipley, 18, was drafted in the 6th Round of the 2019 WHL Prospects Draft. The Powell River, BC native played 105 games with the Royals scoring 4 goals and adding 18 assists. Shipley also adds 130 penalty minutes on the stat sheet. “We’ve been in the market for an experienced right handed defender for quite some time. Luke put up some decent numbers this year”, said Murray.