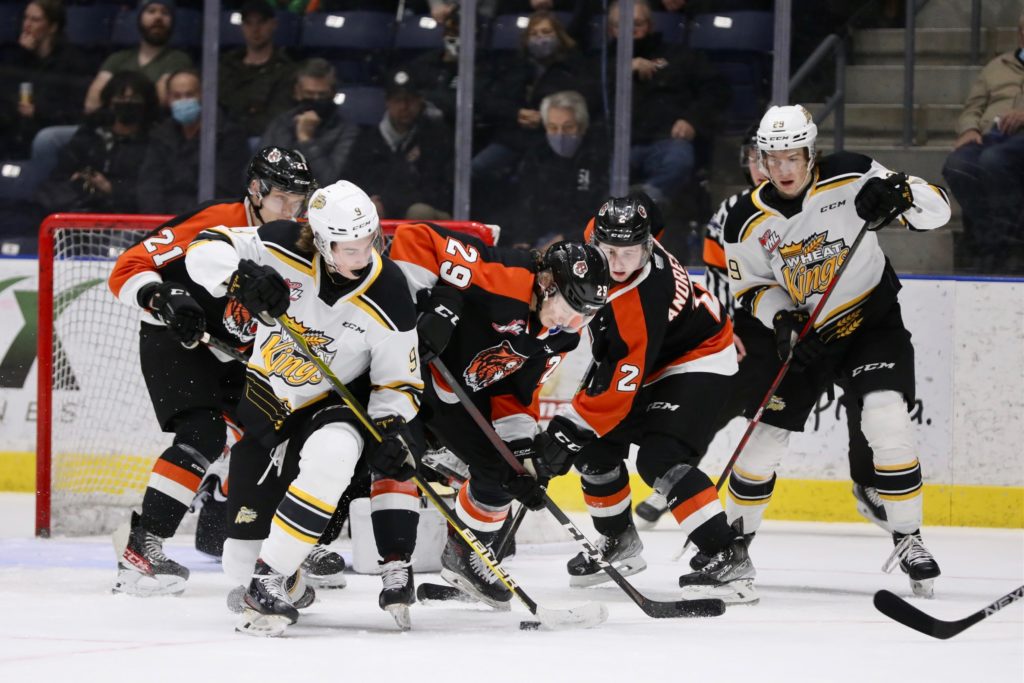 Medicine Hat, AB – Ridly Greig scored twice, and Ethan Kruger made 29 saves but it wasn’t enough as the Wheat Kings fell 4-3 in overtime on Wednesday night.

Owen MacNeil scored the game-winner with just 1:16 left in the extra frame to give the Tigers the extra point. It was Brandon’s third straight extra-time game and fourth in their last five games to extend beyond sixty minutes.

“Our effort wasn’t good enough,” said Head Coach Don MacGillivray. “It wasn’t a great recipe for success tonight. We had some chances in the first, but I think our guys thought this was going to be an easy game.”

“This was a hard lesson to learn,” added MacGillivray. “Its a tough way to start a road trip. Give credit to the Tigers, they worked hard and kept coming at us. They are a team that is hungry for wins and it showed.”

The Wheat Kings single point on Wednesday moves them into a three-way tie with Moose Jaw and Saskatoon for 4th place in the Eastern Conference standings with 36 points.

This four-game Alberta road trip continues on Friday night in Red Deer. You can catch all the action on Bounce 96.1 and the iHeartRadio app starting with the pre-game show at 7:45 MB time.