The Rossburn Rifle Wins it Again 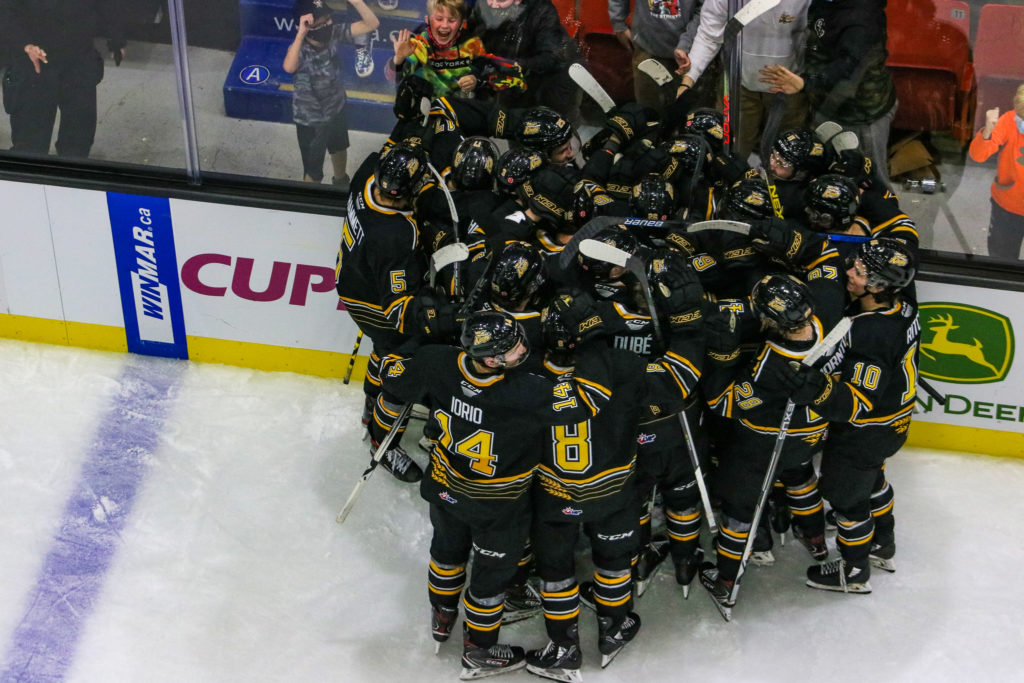 Brandon, MB – Chad Nychuk scored 3:41 into overtime to lift the Brandon Wheat Kings to a 4-3 victory over the Swift Current Broncos on Saturday night.

It’s been a heck of a week for the Rossburn, MB native who has scored the game winning goal in three straight games, including back to back overtime winners.

“Chad understands when he can jump up and so far when he’s had a chance, he hasn’t missed,” said Head Coach Don MacGillivray. “Chad has gotten better each year he’s been here. He’s defending better and getting harder to play against every night and is a big part of our team.”

Newcomer Eric Pearce picked up a pair of assists, his first points in black and gold.

“In the last half of the third period, Carson was so calm for us,” said MacGillivray. “He froze pucks he was suppose to, deflected pucks and calmed everyone down. He did a great job tonight, its a tough situation to be in for him but he has been great for us.”

Two points is two points and we will take that any night,” added Nolan Ritchie. “I don’t think it was our best start tonight, but we got better as the game went on and got the job done.”

Brandon will now head out on the road for a three-in-three weekend in Alberta, starting with a Friday night meeting with the Edmonton Oil Kings at Rogers Place. You can catch all the action on the road on Brandon’s Bounce 96.1 and the iHeartRadio app.