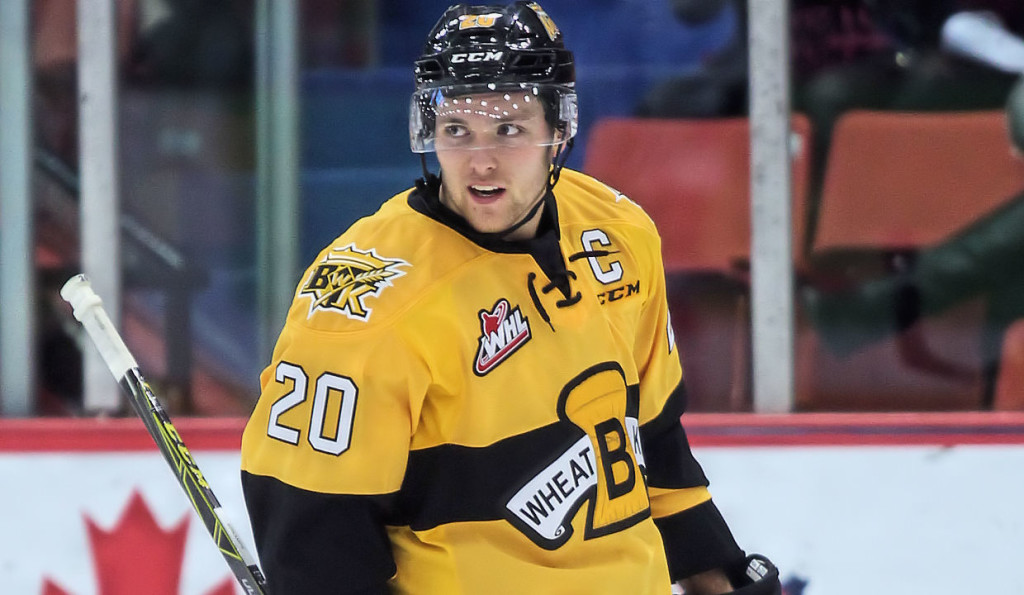 Brandon, Manitoba – Manitoba Liquor & Lotteries, in association with the Brandon Wheat Kings have announced that Captain Macoy Erkamps has been chosen the Western Hockey League club’s IMPACT Player of the Month for September / October.

A 5-year WHL veteran, Erkamps becomes the first winner of the award this season after finishing the month among the league leaders in scoring among defenceman with five goals and 17 points in fifteen games.

A former second round bantam draft choice (27th overall) of the Lethbridge Hurricanes in 2010, Erkamps was acquired by the Wheat Kings in September 2014 in a six player deal that saw Brandon obtain the rights to Reid Duke, the rights to Tak Anholt and Erkamps.

Entering the week the 20-year old Delta, B.C. product is tied with Andrew Nielsen of the Hurricanes for second place in defencemen scoring. Erkamps, who was named captain of the club prior to the Wheat Kings’ recent season high 8-game road trip, is currently three points behind Calgary’s Travis Sanheim.

Entering Friday night’s game against the visiting Victoria Royals, the 2015 winner of the Rob Stouffer Most Inspirational Player Award, has moved to within fifteen games of the 300-game plateau in his WHL career. In 285 games, the 6’ 198 lb. blueliner has 22 goals and 134 points, while accumulating 280 minutes in penalties.

Erkamps and the Wheat Kings return to Westman Place on Friday for their first home game in three weeks.

Brandon is currently 11-3-0-2 on the season after compiling a 6-2-0-0 record during their two week excursion out west.

This award is presented to the Wheat King who contributes to the team and exemplifies the characteristics of what IMPACT stands for…Inspire, Motivate, Participate, Achieve, Champion and Team. 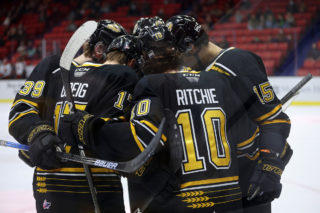 Rossburn Rifle Lifts BWK to Win Over Tigers
9 hours ago 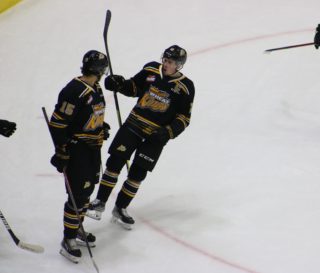 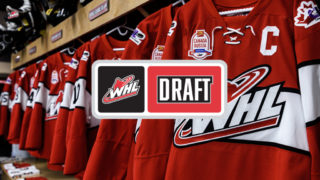 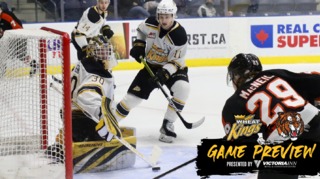 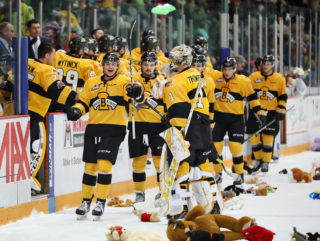 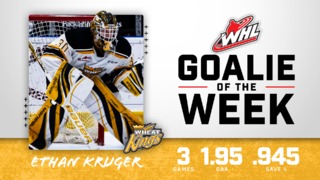 Kruger Earns Goalie of the Week Honours
2 days ago