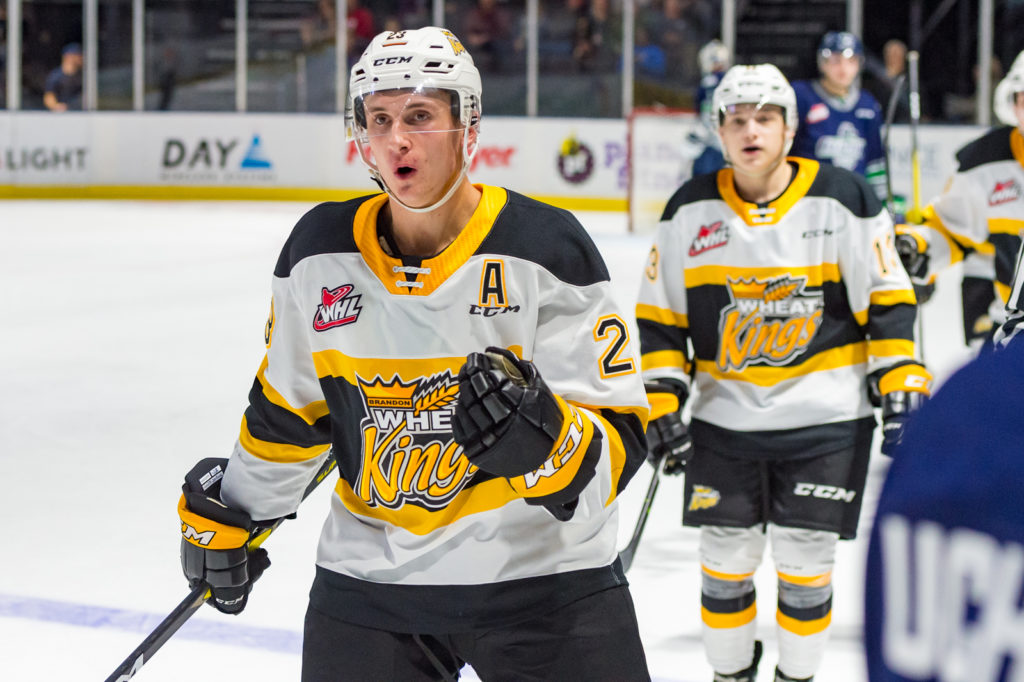 Brandon, Manitoba – The Brandon Wheat Kings, in association with TELUS, have announced November’s Wheat King Player of the Month.

Chosen by the Wheat Kings in the ninth round (197th overall) in the 2015 WHL Bantam Draft, Reinhardt is currently in his fourth season with the Wheat Kings. In 224 career games, he has scored 61 goals and 114 points.

This award is presented to the Wheat King, who best demonstrates success – both on and off the ice – as a teammate and role model in the community.

TELUS will present Cole with this monthly award during the first intermission of this Friday’s game at Westoba Place against the visiting Kamloops Blazers.

Entering the week, the Wheat Kings are 12-15-1-0 on the season and coming off a weekend split with their provincial rivals – the Winnipeg ICE.

Tuesday’s game against the Broncos is another “2 for Tuesday”, which means fans will receive a “free” ticket when they purchase one at equal or greater value. As well, the Keystone Centre / Center Plate will be offering several concession specials on such things as popcorn, soft drinks, hot dogs and beer.

Tickets to both Wheat Kings’ games this weekend are on sale at the Keystone Centre box office, by calling (204) 726-3555 or online at keystonecentre.com.