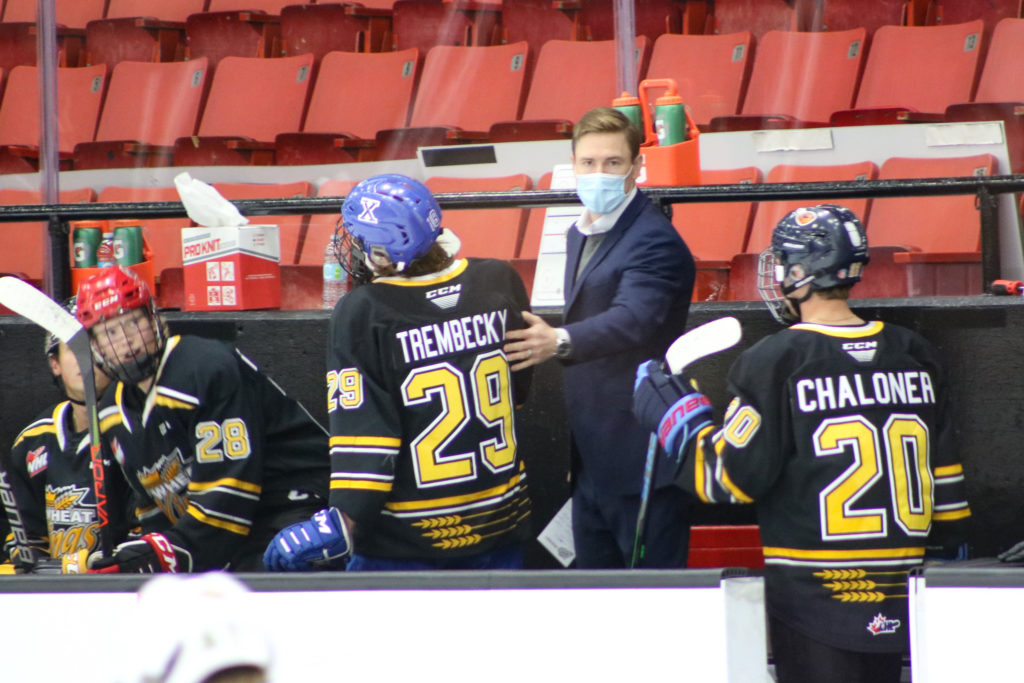 Close to 500 fans watched as Team Provorov beat Team Stone by a score of 4-2.

Nate Danielson and Ty Zimmer had two goals a piece while Mason Ward picked up a pair of assists for Team White.

Vincent Iorio and Tyden Redlick rounded out the scoring.

Both teams were relatively young, with nineteen 2005 born players combined. Five returning Wheat Kings did not take part in the game due to NHL Camps, while Belarussian import Zakhar Polshakov is expected to arrive in Brandon in the next week.

The Wheat Kings will now trim the roster and begin preparations for Tuesday’s WHL Exhibition opener in Moose Jaw vs the Warriors. The Wheat Kings lone exhibition game is Thursday September 23rd vs Winnipeg. Tickets for that game will go on sale this week at the Keystone Centre Box Office.