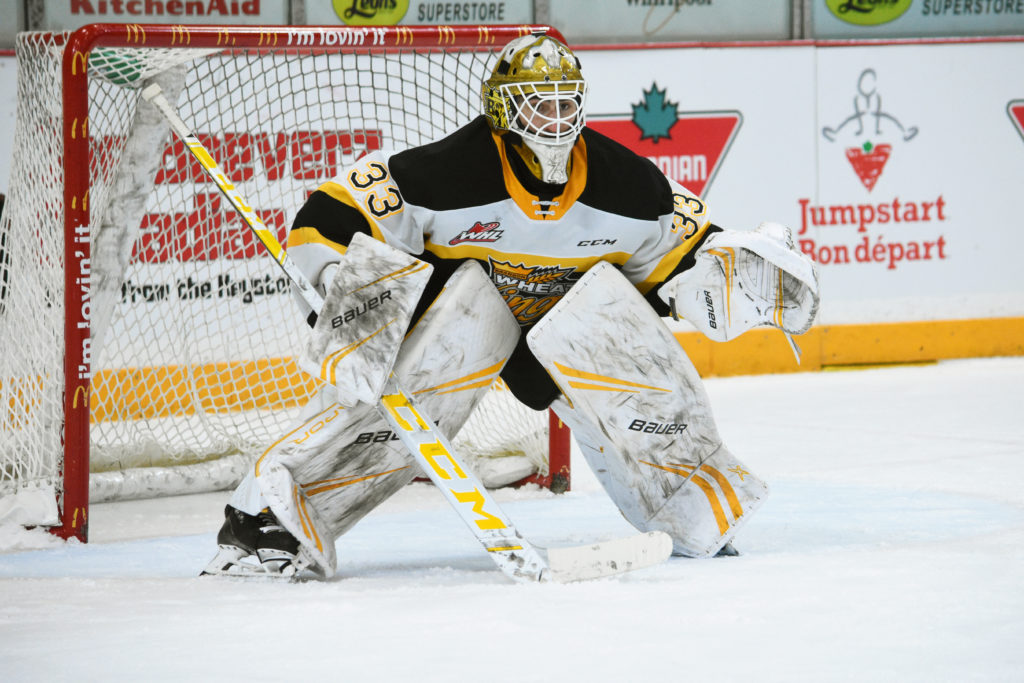 The honour for Wolf marks the fourth time in the previous five seasons that a goaltender from the Silvertips has won the award.

In his third season with the Silvertips, the Calgary Flames prospect continued to shine between the pipes. Through 46 games, Wolf compiled a 34-10-2-0 record, 1.88 goals-against average, .935 save percentage, and posted nine shutouts.

Among WHL goaltenders, Wolf led the way in GAA, SV%, and shutouts. He was tied with divisional rival Joel Hofer for the league lead in victories.

The 6-foot, 165-pound product of Tustin, Calif. continued to stifle opposing offences throughout the regular season. From January 17 to January 22, Wolf compiled a shutout streak of 147:47, including a pair of shutouts against the Seattle Thunderbirds. In 21 of his 46 games, Wolf allowed one goal or fewer.

A Vegas Golden Knights’ prospect, Patera enjoyed a stellar season and was named a First Team Eastern Conference All Star.

His 2.55 goals against average this past season established a new Single Season franchise record for Patera, who played the past two WHL seasons in Brandon.

The Del Wilson Memorial Trophy honours a WHL goaltender deemed to be the most outstanding during the WHL Regular Season.

A goaltender himself, Delbert “Del” Wilson played for the Regina Abbotts and Regina Pats in the 1940s. Following the conclusion of his playing career, Wilson found success in the coaching ranks, winning 35 provincial hockey championships in Saskatchewan.

A co-founder of the WHL and long-time General Manager of the Regina Pats, Wilson played a direct role in the League’s formation. Along with Jim Piggott, Wilson helped lead the unification of all three Major Junior leagues across Canada into what is now known as the Canadian Hockey League.

Leading a group of investors, Wilson brought the Pats back into the WHL for the 1970-71 WHL Regular Season and oversaw their WHL Championship and Memorial Cup victories in 1974 as President and General Manager. Wilson maintained ownership of the Pats until 1980.

Serving as a scout in Western Canada for the Montreal Canadiens until 1995, Wilson was presented with three Stanley Cup rings throughout his 47 years of service to the NHL club.

As the recipient of the Del Wilson Memorial Trophy, Wolf is now one of three nominees for the Canadian Hockey League’s Vaughn Goaltender of the Year Award.

Winners of the Del Wilson Memorial Trophy / WHL Goaltender of the Year Award (since 2000):