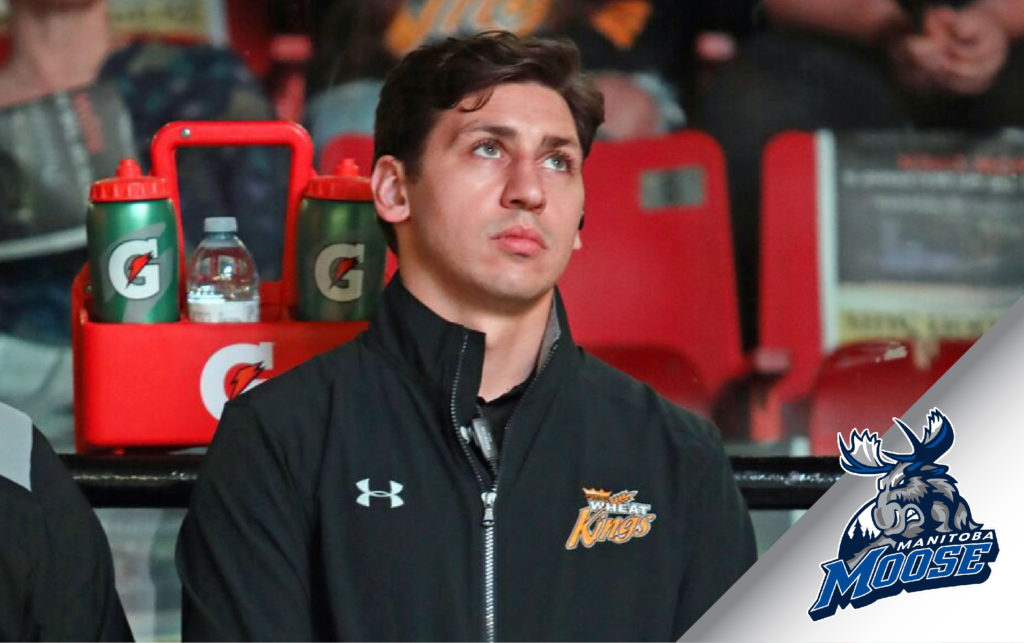 The Brandon Wheat Kings are proud to announce that Athletic Therapist William Sadonick-Carriere has accepted a position with the American Hockey League’s Manitoba Moose, the primary affiliate of the Winnipeg Jets.

Sadonick-Carriere has spent the last two seasons with the Wheat Kings and has been an integral part of the on-ice success of the hockey club.

“Will is an excellent therapist, but he’s an even better person and that’s what makes this a bittersweet day,” said Wheat Kings General Manager Doug Gasper. “However, we are in the business of helping people get to the next level and this is another perfect example of that process.”

Sadonick-Carriere joins Roman Kaszczij as recent American Hockey League hires. Kaszczij left the Wheat Kings after one season to join the Utica Comets, the primary affiliate of the Vancouver Canucks.

“I’m going to miss the team, the players and the staff,” added Sadonick-Carriere. “Brandon has been a great home for me for the last two years, but I’m excited to take this next step with the Moose.”

The search for a new Athletic Therapist will begin immediately.

Interested parties are encouraged to view the official job posting below and send their resume and cover letter to General Manager Doug Gasper. Doug.gasper@wheatkings.com