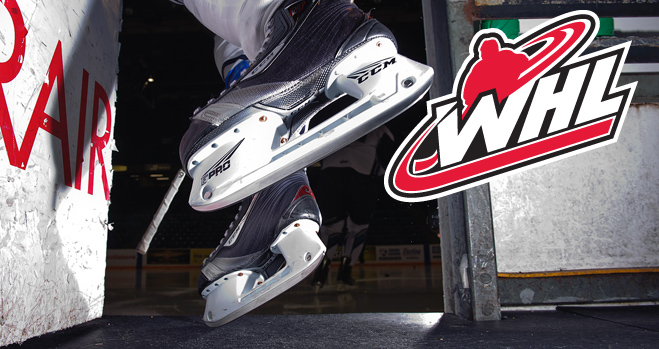 Robison noted the league set aspirational dates in October and December, but added the new date will stick.

“We just felt that at some point we needed to create some certainty around the start of the season,” Robison said on a Zoom call. “We had announced already two tentative target dates but this is not a tentative date, this is a firm date. We are going to start on Jan. 8.”

The health authorities were worried about players joining their teams and then promptly going home for Christmas, which was another reason for the January date.

Robison said the league continues to work with the four Canadian provinces and two American states, with the WHL’s new chief medical advisor, Dr. Dhiren Naidu of Edmonton guiding the effort. Part of the issue is the different jurisdictions are at varying stages battling the pandemic, which means the league needed additional time, he said.

One of the bigger problems is dealing with positive tests for players, an issue that has shut down two of three divisions of the Quebec Major Junior Hockey league.

“As we’ve witnessed in the Quebec league, the virus does come and certainly occurs from time to time,” Robison said. “We’re going to have to address that, and we’re prepared to adjust the schedules to isolate teams as required as we work our way through that. Our protocols do address what steps we would take in event that a positive test occurs.”

The WHL has been in constant contact with the Canadian Hockey League, the umbrella organization that also includes the Ontario Hockey League and QMJHL, to compare protocols and to learn from how they address different situations.

He said the four Canadian provinces and two American states with WHL teams all have differing rules, so Robison expects the league will ultimately be working under six separate protocols that include things such as screening and dealing with positive tests.

Could the season be cancelled entirely under the wrong circumstances? Maybe.

“Anything is possible,” Robison said. “We can’t predict what the future might hold in respect to the virus. We certainly hope and anticipate that we will be able to complete our season in full and get our regular season games in and play playoffs and potentially the Memorial Cup but that’s all going to be dependent of course on how this virus progresses and whether it’s manageable for everybody concerned.”

Robison said the pandemic will be financially taxing on the 22 teams, but he doesn’t expect any franchises won’t play this year or could potentially be at risk of folding.

“I admire their commitment to the players to get the season started and work our way through this but there are going to be significant financial losses for all of our clubs without question,” Robison said. “We know that we are going to be dealing with limited capacity, far lower than we’re normally accustomed to, and that will cause some challenges. I don’t believe we’re at risk of losing any franchises but it will be a difficult situation for our teams.”

The league’s need for paying spectators has been impressed on the health authorities, he said, noting revenue sharing isn’t likely even if some jurisdictions have more favourable rules on crowds.

The players will return after Christmas, and a short pre-season will take place. The league’s general managers haven’t yet sorted out what the date will be to trim down to three overage players, or when the trade deadline will land. It’s usually scheduled for Jan. 10.

There have also been no discussions yet about potentially limiting trades to within divisions.

In the divisional format this season, Brandon will play its East Division rivals, the Winnipeg Ice, Prince Albert Raiders, Regina Pats, Moose Jaw Warriors and Saskatoon Blades, plus the Central Division’s Swift Current Broncos, who were added because they are in Saskatchewan. Regardless of what happens with the pandemic, that won’t change this season.

Still, it’s the one division that will face interprovincial travel, but Robison said the two governments have been sympathetic to their problem.

“The health officials in Saskatchewan and Manitoba have been very positive, very co-operative and very respectful of the position we find ourselves in,” Robison said. “With only two teams in Manitoba they’re isolated somewhat and need to play interprovincial games with Saskatchewan. That’s one of the areas we’re working through and one of the reasons we can’t be in position today to announce any details on the schedule because we still need to obtain approval for the travel.”

He said the league expects a decision soon from both provinces. Robison doesn’t expect the divisional model will extend beyond the current pandemic, even if it is less costly for revenue-starved teams.

The status of import players from Europe, and Canadian and American players crossing the border to their teams, is still being worked on with the Canadian government.

Perhaps the biggest sticking point for the league was the hope that attendance would be at least be 50 per cent in every building, a point Robison made in the summer when announcing the October date.

“That’s our objective but we recognize ultimately that will be determined by the health authorities through our discussion with them,” Robison said. “Those discussions are ongoing and we’re looking forward to getting some clarification on that soon but the number may be significantly lower than 50 per cent given the health restrictions that apply in various provinces and states currently.”

A streaming service will be available for every game, with any revenue generated going to the individual teams.

The season may include up to 50 games — the final tally hasn’t been determined yet — with a concluding date of May 2.

The post-season also hasn’t been discussed. The Memorial Cup is currently set for mid-June, however.

Robison admitted that if the COVID-19 situation doesn’t get better, the season’s final results could look very different than normal.

“That will really come to whether the border is open or not,” Robison said. “The U.S.-Canadian border issue is significant because we have five U.S.-based teams, as everyone is aware. To develop a full playoff with all 22 member clubs involved, we would need to have the border open for that purpose. In the event we’re not successful with the border opening and there is a cancellation of the Memorial Cup, which we hope doesn’t happen, we would have to come up with a format for playoffs, which may include declaring four champions within our divisions.”

Currently, younger affiliate players such as Conor Geekie have been permitted to join Junior A clubs. Geekie, who is in his 16-year-old season, will play with the Manitoba Junior Hockey League’s Virden Oil Capitals. Veteran roster players, however, don’t have the same flexibility. They have been allowed to train with Junior A teams but not play.

“We’ve said from the point of view of their own health and safety and education, we think it’s important to remain at home during this period in time,” Robison said.

Also, fewer players will be allowed at training camps. Teams normally hold rookie camps and main camps for veterans that may include 70 or more players, but half of that may be travelling to their teams this season.

Other points that were addressed included:

• Hub locations will not be set up, with each team hosting their own games.

• The league has not asked for a bailout from any of the six jurisdictions, and won’t unless the permitted capacity for spectators is much lower than anticipated.

• There has also been no discussion about whether players will be required to be vaccinated when a cure for COVID-19 is found.

• There have been no comments from any health jurisdictions about limiting body contact, an issue that has been raised in Ontario.

• Robison said the pay-to-play model that has been adopted by Junior A teams was never considered, and likely won’t be.

“The WHL is responsible for 100 per cent of the players’ expenses while playing,” Robison said. “That’s the arrangement we have with our players and we intend to honour that.”