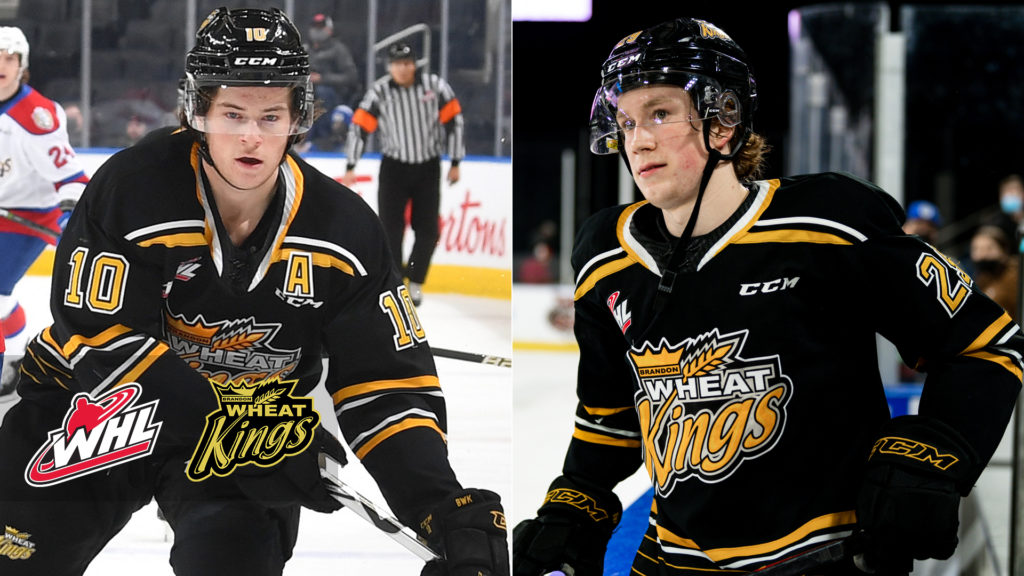 Ritchie, 20, and Danielson, who turns 18 on September 27, will begin their roles as captains Saturday when the Wheat Kings open the 2022-23 Regular Season versus the Winnipeg ICE (7:00 p.m. CT, Westoba Place).

Ritchie led the Wheat Kings in scoring a season ago, scoring 33 times and counting 76 points in 66 regular season contests. The Brandonite was originally selected by his hometown WHL Club in the third round of the 2017 WHL Draft while his father Darren, himself a former Wheat King, was the team’s Director of Scouting.

Danielson, who hails from Red Deer, Alta., led all Brandon rookies with 23 goals and 57 points during the 2021-22 WHL season. He was the fifth-overall selection in the 2019 WHL Draft.

Ritchie and Danielson succeed Ridly Greig in assuming the captaincy of the Wheat Kings. The 20-year-old forward has graduated to the professional ranks after being selected in the first round of the 2020 NHL Draft by the Ottawa Senators.

The #BWK are proud to announce that Nolan Ritchie and Nate Danielson will co-captain the 2022-23 Brandon Wheat Kings!

Jake Chiasson and Brett Hyland will round out the leadership group as alternate captains.