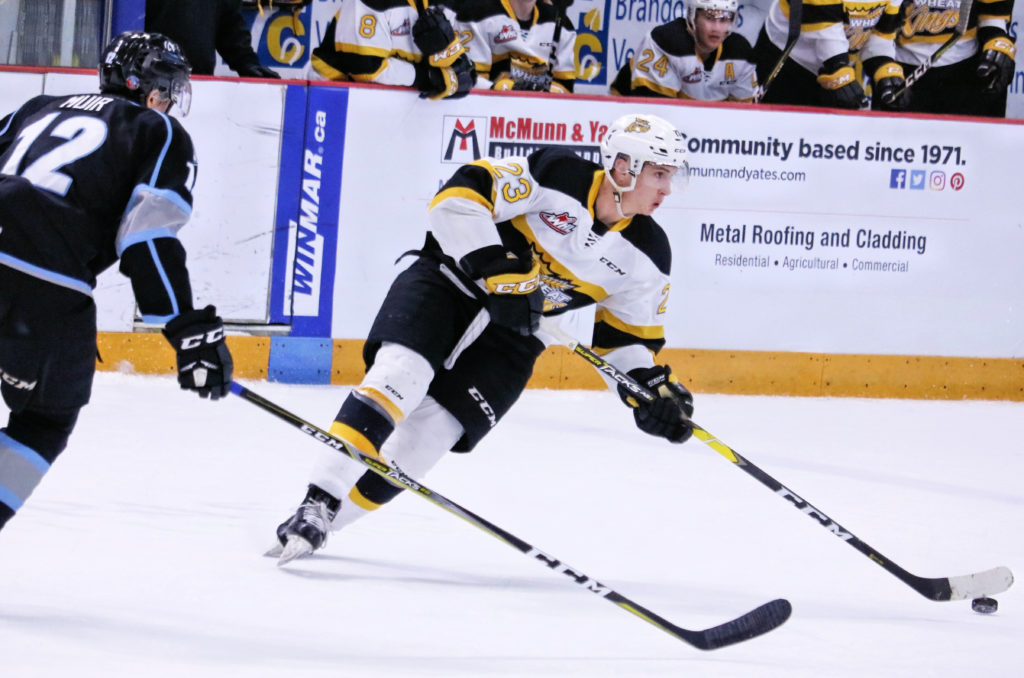 Calgary, Alta. – The Western Hockey League announced today that Brandon Wheat Kings forward Cole Reinhardt has been named the WHL On the Run Player of the Week for the week ending December 1, 2019.

Earning the award for the second time this season, the 19-year-old recorded eight points (4G-4A) and a plus-seven rating in two games as the Wheat Kings split a home-and-home set against the Winnipeg ICE. The win kept the Wheat Kings six points ahead of the Moose Jaw Warriors for the second wild card spot in the WHL’s Eastern Conference.

In Saturday’s 6-5 loss to the ICE in Winnipeg, Reinhardt recorded a goal as part of a three-point night.

The 6-foot-1, 200-pound product of Calgary, Alta. is enjoying a strong first half of the season, posting 28 points (17G-11A) in 28 games, including three power-play goals, one short-handed goal, and two game-winning goals. His 17 goals are tied for fifth in the WHL.

Reinhardt was originally selected by the Wheat Kings in the ninth round, 197th overall, of the 2015 WHL Bantam Draft. For his WHL career, Reinhardt has 114 points (61G-53A) in 224 WHL regular season games, including 14 power-play goals, two short-handed goals, and 10 game-winning goals.

Brandon returns to action on Tuesday, December 3 (7:00 p.m. CT) when they play host to the Swift Current Broncos at Westoba Place. Tickets to Tuesday’s game, which is another “2 for Tuesday” are on sale now at the Keystone Centre box office, by calling (204) 726-3555 or online at keystonecentre.com