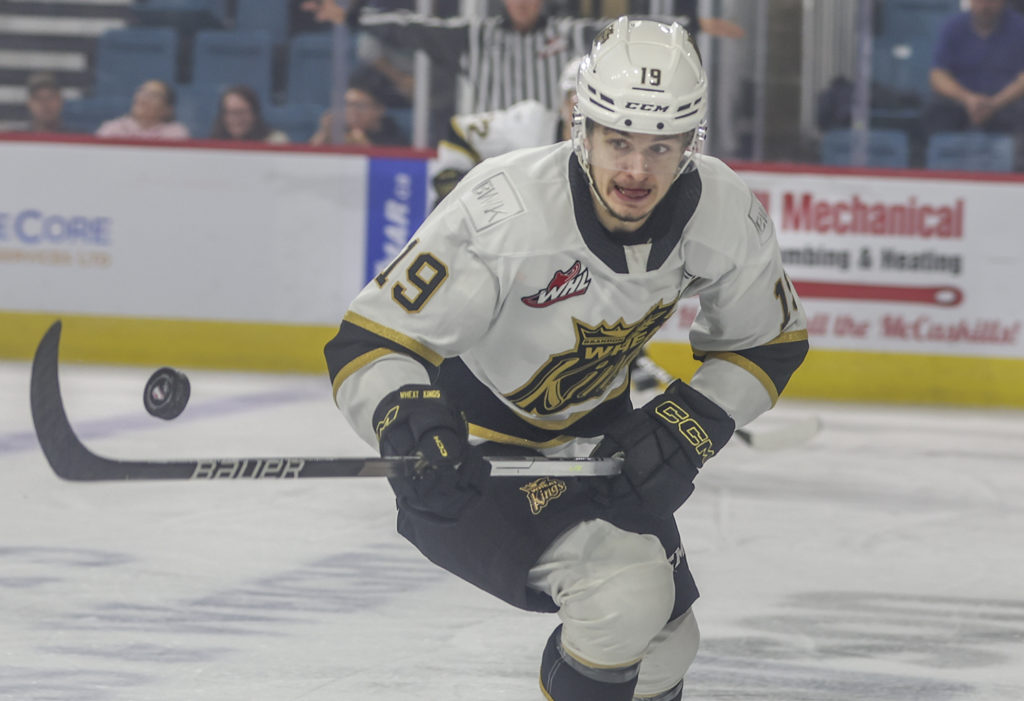 The Tigers came out strong scoring a pair of goals early on. First it was Hunter St Martin who tipped a Dallon Mellin shot past Carson Bjarnason to make it 1-0 only 3 minutes into the game. The Tigers would then score a powerplay goal with Andrew Basha feeeding Brendan Lee in the slot firing a one timed shot through to make it 2-0 Tigers with under 8 minutes to go. The Wheat Kings would go on a powerplay of their own late in the first allowing Jake Chiasson to score his 7th of the year cutting the lead to 2-1 Tigers heading into the 2nd period.

The 2nd period was all Tigers scoring another goal courtesy of Brendan Lee with his 2nd of the game. The Wheat Kings would challenge offsides but would be denied forcing to go  back on the penalty kill.

With a 3-1 lead heading into the third period the Tigers would open the 3rd period with 3 goals in the span of 75 seconds. Goals would be scored by Tomas Mrsic, Owen MacNeill and Dru Krebs to put the game out of reach making it 6-1 Wheat Kings.