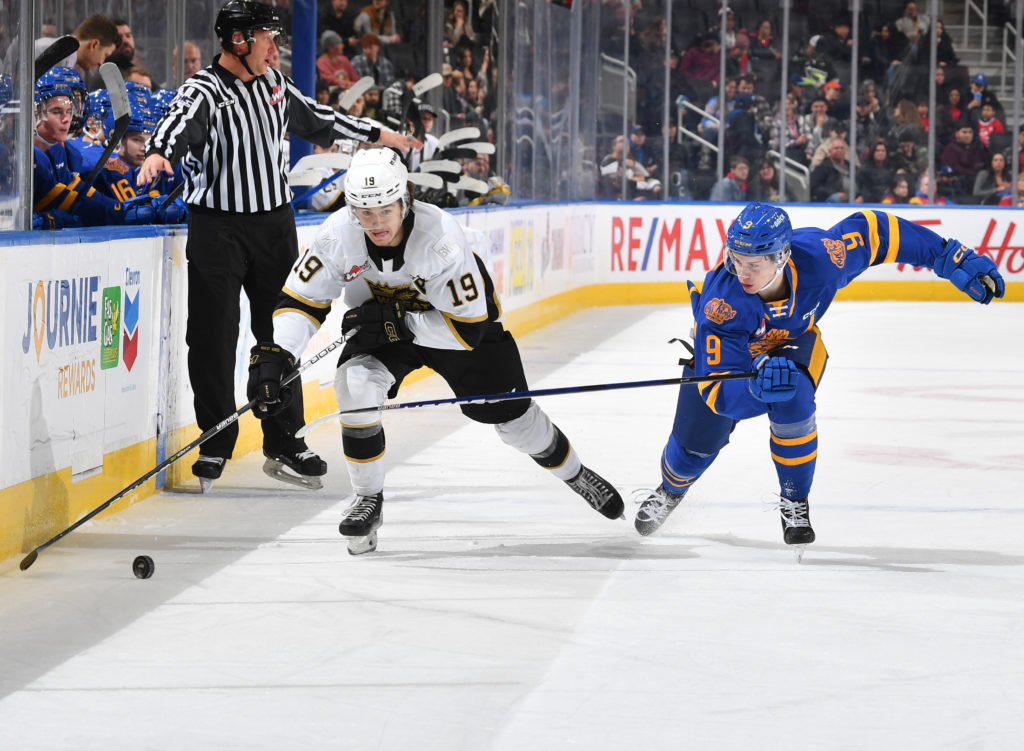 The game didn’t start well for the Wheat Kings with the Oil Kings scoring a pair of powerplay goals in the opening frame to make it 2-0. Wheat Kings would get a goal from their captain Nolan Ritchie to cut the lead heading into the 2nd period.

Nolan Ritchie would score his 2nd of the game after collecting a loose puck from Nate Danielson and firing the puck passed Kolby Hay to tie it up at two.

In the third period the Oil Kings would score another pair with Gavin Hodnett & Cole Miller scoring their second goals of the game to make it 4-2. Nate Danielson would make things interesting scoring his team leading 9th of the year to make it 4-3 Oil Kings, but Gavin Hodnett would score the hat trick with an empty net goal to give the Oil Kings a 5-3 win. Wheat Kings dominated the shots on goal 39-24.

The Wheat Kings try to avoid the sweep of their central division road trip when they take on the Red Deer Rebels Saturday night. Puck drop at 8:00pm Central Time from the Peavy Mart Centurium in Red Deer. You can hear voice of the Wheat Kings Chase Johnston with the Drummonds Farm Services Pregame show beginning at 7:45pm CT on Q Country 91.5.